Twists and turns of a weekend away

August 20, 2019
A few weeks ago I asked Jake if he would come over for a weekend so that I could have a break.  He said yes instantly but the only weekend he could do was the one coming up.  That was ok and gave me something to look forward to and something to plan around.  First of all I decided to go to London.  I found a hotel in Covent Garden where I would feel safe on my own, decided where to go and what to see and was very, very excited right up to the point where I began to look up train times and discovered that the East Coast main line was closed all weekend.  I could have taken the replacement bus service but I didn't see that as something to look forward to so abandoned the idea and told Jake to put the weekend on hold.  He then came up with the idea of us swapping places - I could stay at his house while he and the nearly 6 year old came over here.  That sounded great so once again I looked up things to do and places to go and was excited all over again right up to the point where I realised it meant lying to Ash.  Since dementia entered our lives I have bent the truth on occasion just to make life easier but I have never lied to him and even though I thought through what I would say I realised I couldn't do it.  The thing is he would have completely understood me going to London on my own for the weekend but he would be mystified as to why I would be staying at Jake's on my own so what to do?  I really need the time away just to recharge my batteries but this was getting harder and harder.  Then I realised my Mum's house is empty and I could go there.  That was easy as Ash knows I'm in the process of clearing it out and all I had to do was tell him that I thought I'd spend the weekend doing just that while he, Jake and the nearly 6 year old had a 'boys weekend'.  He got that straight away so now there were just decisions to be made on what to do with myself.  Have just looked up 'what's on' at all three theatres and it appears there is either nothing on or nothing that I want to see at any of them.  Then looked up the local cinema and the dates only go up to this Thursday.  I had no idea when I started out on this that it would be so complicated but it's certainly a lesson on being flexible. 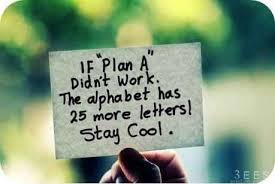 Ann said…
Walk, eat what you want, read, listen to the radio, go for lots of walks.....what’s important is that you have time for yourself Jane.

Taking breaks and putting a little distance between yourself and the situation you’ve found yourself in, is NOT being selfish, it’s a matter of ‘survival’. I’m sure you’ll find lots to do (or do nothing!).

Even if the actual planning of these breaks is complicated (I’m hoping it will get easier each time 🤔) do it anyway Jane. Hopefully, like myself, you’ll really see the benefit once you’re back in the routine and home again.

Jane said…
Thanks for this Ann. I'm so looking forward to it and most of all I'm looking forward to getting up exactly when I want to and going to bed in the same way. Can't remember the last time I did that.
22 August 2019 at 14:43