September 15, 2019
A few months ago we were invited to a birthday party.  A very dear friend was to be 80 this month and I have known him since I was little.  Ash has known him for almost as long as I have and the date of the party was last night.  Mum was invited as well but I chickened out of that one as the responsibility of taking her and making sure she stayed on her feet all night without ever once toppling over felt like more than I could manage.  So that left the two of us and I really wasn't sure about Ash.  As you'll know if you've been following this blog for a while he really doesn't do social situations now especially those involving lots of people so I said that I would definitely be there and that he might be with me but I very much doubted it.  Cut to yesterday morning and the usual question of 'what are we doing today?'.  I told him about the party and said that I was going but it was entirely up to him whether he joined me or not and then left it at that.  At lunch time he mentioned the party and I said again that he didn't have to come with me if he didn't want to but, to my surprise, he said he thought he ought to and he stuck to that decision.  Things were a little fraught during the afternoon and the dog went for several walks which I've noticed happens when Ash is anxious.  I also lost track of the number of times I was asked what time we were leaving and what he should wear but by the time we came to leave the house he was completely calm and, I think, looking forward to it.  He wore his best shirt and trousers, shoes instead of trainers and looked very smart.  When we arrived he chatted to people, joined in conversations and a lovely time was had by both of us, in fact it was almost like the old days.   I really am very proud of the fact that when necessary he can pull out all the stops and, if you didn't know him well, you might almost think there was nothing wrong. 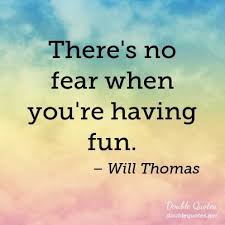 Ann said…
You did absolutely the right thing, not pressurising Ash and leaving the decision entirely up to him. Well done.

P.S. It amazes me how the person with Dementia can ‘step up to the mark’ when needed. I believe it’s a phenomenan called ‘Hosting’ and happens in the early to middle stages of the illness. The downside is that exhaustion sets in soon afterwards, and friends look at me as if to say “Dementia? He can’t have Dementia.....”. Little do they know what happens when he comes home. Oh, well, it’s nice to have your husband ‘back’, even for a couple of hours.
16 September 2019 at 06:25

Jane said…
You're right Ann, it is called 'Hosting' and I've seen Ash do it before. Lots of people seem to be irritated when their loved one does it but I think it's amazing to watch and also, as you say, because it means I have him back for a few hours. He was definitely exhausted yesterday but also, I think, proud of himself and we were all so pleased he'd managed to get there.
16 September 2019 at 13:54