Taking a trip down memory lane

September 18, 2019
At 8.30am yesterday Ash came bounding through with the biggest smile on his face that I've seen for a very long time and announced that he'd decided to drive over to where he grew up and, armed with his camera, take photos of all the important places from his childhood.  I was a little unsure of this project as he hasn't been to the town for years whereas I have and I know how much it's changed.  I couldn't see how he would be able to find his way around and/or take photos at the same time.  However we met when we were teenagers, went to school in the same town and I knew most of the places he was going to visit so I asked if I could go too partly because I thought it sounded fun but mostly so that I could keep an eye on him while he was on his adventure.  I quickly contacted my very understanding friends to reorganise my day and off we went.  The town is about an hour from us and he wasn't quite sure of the way but that was ok as I was there to direct and then I could take over the driving once we arrived leaving him to tell me where he wanted to be and to take the photos.  It was lovely.  We had coffee when we arrived so that we could plan a route starting outside the house he grew up in and then set off.  We drove past his old schools, spotted a familiar fish and chip shop, noted the supermarket that now stands where the local pub used to be, drove past the house where his nan lived and went to find the allotment he visited with his grandad.  We then went into the town centre where he pointed out the building which used to house the supermarket he worked in during the evenings after school and we called to see his Aunt who he hasn't seen since his mum died.  We took the dog with us, had lunch out, walked around in the sunshine and what, for me, had begun as a nuisance in my day, turned out to be a wonderful shared experience.  He's now sorting out the photos he took and is more than happy with how the day went. 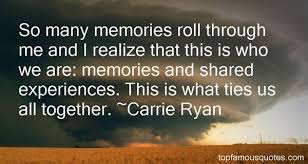 Jane said…
And I wish I could take the credit Ann but it was all Ash's idea. We had a lovely day though and he's sorted out all the photos and put them on a screen saver so was well worth the re-organisation needed in order to get there.
19 September 2019 at 09:09