September 06, 2019
...the washing up liquid.  A little less than a month ago I reported on the disappearance of a bottle of washing up liquid.  I searched high and low for it but that bottle was nowhere to be found so I bought a new one and now that's gone missing as well!  Last night it was at the side of the sink and this morning it wasn't, simple as that.  Once again we've searched the cupboards, the bins, the sheds and everywhere else we can think of but it's nowhere to be seen.  I'm fairly sure Ash has found a new home for it and am equally sure it's joined the one from last month but where that new home is I have no idea and neither does he but that means nothing.  Today we went off to my mum's house in a bit of a hurry as there's a viewing this afternoon.

Sometime into the journey
Ash:  have I brought the dog lead?
Me: no
Ash: never mind he doesn't really need it.

Later in the afternoon
Ash:  I think I'll take the dog for a walk
Me:  don't forget you didn't bring the lead
Ash:  that's ok he doesn't need it

Even later when they were back from the walk
Ash:  I don't seem to have brought the lead but we managed without.

And that, ladies and gentlemen, is why I'm just going to buy yet another bottle of washing up liquid although I know that one of these days I'll open a cupboard door and I'll be hit by an avalanche of them as they emerge from their hiding place, wherever it may be. 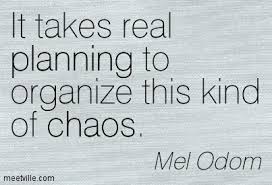 Jane said…
The whole episode just left me scratching my head Ann. I mean, where can those bottles go and, more importantly, why?
7 September 2019 at 06:44