'Vintage' is the word of the day

September 28, 2019
When Ash and I met back in the mists of time (1976) he rode a motorbike which according to my mum I wasn't allowed on.  As a slight diversion the one thing this taught me was never to tell Jake he couldn't do something - no point!  Over the years motor bikes, either his own or those he rode at work, were a part of Ash's life right up until he retired and then he seemed to lose interest.  A couple of weeks ago though found him watching some super bike racing on the tv and he kept coming through to tell me about it.  This rarely happens now so I thought I'd look at our local track and see if there was anything on.  It so happened that today was a vintage race day so I got tickets and along we went.  I have to report that we had such a lovely time.  I know less than nothing about motor bikes so Ash was in his element telling me all I needed to know (and more), the weather was ok, the people were friendly and the atmosphere was relaxed.  At one point we found ourselves talking to two older chaps who knew lots about the bikes on show and Ash chatted away to them for ages.  One of them guessed about the dementia and asked me quietly how long Ash had had it then said such nice things to me it was almost my undoing.  I find I can fend off questions, I can discuss it now with friends and I can face the future with squared back shoulders but if a stranger shows compassion I struggle which is a little odd I think.  Anyway the outing was a success so am going to keep an eye on the website and see what else comes up over the next few months. 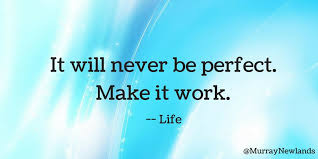