A day for commonsense

October 03, 2019
Yesterday was a day of extremes as far as commonsense was concerned and neither example connected to dementia.  Arrived to check on mum's house to discover a letter from 'Homeserve' to say that her insurance renewal (for plumbing matters in case you didn't know) was due.  I was instantly in fight mode as apparently the renewal was due on 16th October and I had to give four weeks notice of cancellation.  The letter definitely was't there went we went last Sunday and so at no point would I have been able to give the correct notice time and on top of that I knew they wouldn't discuss it over the phone with me as it was all in mum's name.  I got on the phone, launched into my speech about how I knew they wouldn't talk to me but I wanted some suggestions of what, in mum's absence, I could do.  The polite gentleman heard me out and then gently told me that they knew it was sometimes difficult for the policy holder to speak to them and so they now had a policy of being able to speak to a third party!  Whoever heard of a large organisation having a policy rooted in commonsense,

Then we get to the other end of the spectrum.  In the afternoon I had to take mum to the opticians as she'd sat on her glasses at the weekend and they were now unusable.   Different opticians as her usual one was miles away but I got her into a wheelchair and took her into town in time for the booked appointment.  Found the store in the shopping centre, went in and they began the tests.  After the first round we were asked to move to a different room to see the optician at which point mum asked to use the toilet.  If you have ever had to deal with a 90 year old you'll know that when they need to use the toilet they need it NOW but yesterday afternoon we learned that Vision Express in Lincoln Waterside Centre doesn't have  a customer toilet and unless you jump up and down and shout very loudly you have to get your 90 year old mum back into her wheelchair, run halfway down the centre to the lift, wait for said lift, go either up to the level above or down to the level below and run as fast as you can to the toilets which are situated at the very opposite end of the centre to the Vision Express store which is at the front.   Luckily I'm very good at jumping up and down and shouting loudly (but not too loudly as I didn't want to embarrass mum) when the need arises and eventually (and ungraciously) we were allowed to use their staff toilet.  Also, luckily, we got there in time but the whole thing rendered the outing, which had begun with optimism and sunshine, into an unnecessarily stressful event which made mum feel old and stupid and as for me I was just cross at their complete lack of commonsense.  I have now put in a formal complaint to Vision Express and will let you know the outcome. 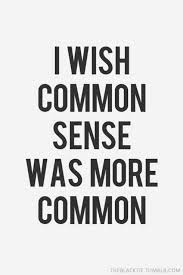 Lesley said…
Common sense, yes, but also kindness, sensitivity and compassion. We know all about this ... it could be enough to make you housebound :o(
3 October 2019 at 20:55

Jane said…
Exactly. certainly made me more wary of taking mum out but will know to plan even more next time. This was one thing that really didn't occur to me. put the complaint in yesterday and haven't heard a single thing yet.
3 October 2019 at 21:42