Crisis in the kitchen

October 17, 2019
Actually not quite so much of a crisis as I feared but once again we have an example of Ash's fading skills.  At the beginning of the week we discovered that the waste pipe in the kitchen was dripping silently into the cupboard underneath the sink.  There wasn't a flood and not even a small pool of water just a kind of dampness over everything in there.  I emptied the cupboard, discovering in the process all sorts of things I'd forgotten ever existed, and the waste pipe was inspected.  There was definitely a drip so we turned the tap on full and the drip got quicker.  Turned the tap off and fixed the pipe with sealant.  Only problem was the sealant was about 3 years out of date so surprise, surprise, the drip continued.  Into town to buy new sealant, old sealant removed and new added but still the drip continued but much more slowly so we decided we could live with that and put a container underneath to catch the drips.  Problem (almost) solved or so I thought.  Came home yesterday afternoon to find everything out of the cupboard again and Ash trying to fix the drip but apparently I would have my kitchen back today.  This morning he woke up and after a while began fretting about the drip.  I said I would go and look so went downstairs holding my breath and with everything crossed that the pipe would be sealed and the leak nowhere to be seen.  No such luck.  I turned on the tap, looked under the sink and not only did we have a drip but it was faster than before and now coming from two separate parts of the pipe.   Back upstairs to report the plumbing failure and, with my heart in my mouth, suggested we called in our lovely plumber.  I thought this might provoke an outburst but it seems Ash is really coming to terms with his limitations nowadays as he agreed without a murmur of discent.  The email has now been sent and I'm just waiting to hear.  The thing is this tiny job has defeated the man who, over the years, plumbed in three kitchens, one bathroom, one utility room and one shower room without a second thought.  In fact, whenever I've needed anything doing around the house, all I've had to say is 'do you think you could...... ' and it's been done.  There hasn't been a single thing other than electrics that he's been unable/unwilling to tackle and it's quite hard for both of us to realise that's no longer the case.

On the up-side, before the discovery of the leak we lay in bed looking at the beautiful view out of the window and together counting our blessings for finding this place all those years ago. 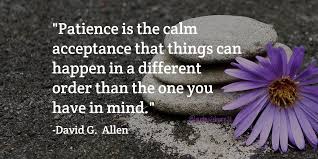