October 20, 2019
It was my birthday yesterday and I had a lovely run up to it, then came the day itself.   I was determined not to mention it when we first woke up and Ash certainly didn't so I got up, plugged in the clock telling the day, date and time and went down to make a cup of tea.  When I got back upstairs there was a card waiting for me so he'd remembered which was lovely.  Then he got up and, without a word, went downstairs coming back a few minutes looking a little downhearted.  He'd apparently bought me a present but couldn't remember where he'd put it which could have been a crisis but I reminded him that I'd lost the valentine card I'd bought him back in February and it never has come to light so he obviously doesn't have a monopoly on losing things which cheered him up.  Anyway a few minutes later he went off to have another look coming back with a small box containing a beautiful pair of earrings.  I admired them but was taken aback when he said 'look at your card again' and I realised that the earrings were butterflies as was the picture on the front of the card.  In the past he's arranged wonderful things for my birthday but to pull something like this off with the difficulties he's currently experiencing is nothing short of amazing and I'm unlikely to ever forget this morning.  But the surprise element continued later and I'm still reeling.  In normal life this would be such a small thing but, following the disaster of a wedding anniversary, I had been determined not to plan anything and not to expect anything so assumed that we would just go through our normal daily routine until Jake and the very nearly 6 year old arrived.  Things went according to expectation until Ash took the dog out for an extra walk (something he does when he's anxious or confused and just needs to think).  He walked back through the door saying 'I've been thinking, we could go for a walk on the beach and then to ................. cafe (our favourite place at our favourite beach) for lunch'.  I was stunned but obviously agreed and off we went to continue the lovely day which was topped off later by that arrival of Jake and the very nearly 6 year old.  What a lovely, lovely day. 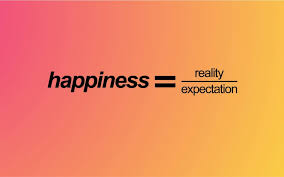 Sarah H said…
Brilliant - well done Ash! Glad you had such a lovely day and definitely one to remember
21 October 2019 at 04:50

Lesley said…
Absolutely brilliant! So pleased you had a good day. I'm now looking forward to hearing some of your adventures with your gorgeous nearly-six-year-old!
21 October 2019 at 18:22

Such wonderful news too, of Ash’s amazing plans and deeds. This just proves, it’s not all downhill on this Dementia Journey....good days do happen! So happy for you both.
22 October 2019 at 08:57