October 06, 2019
Ash and I have been through good times and bad over the years just like everyone else and we've supported each other every step of the way.  However when we were given the diagnosis of dementia nearly two years ago we really did feel that this was going to be the very worst of times and that it was going to be a downward slide into oblivion.  I remember saying that night 'we need to do as much as we can while we can' and Ash going completely white as he thought about what that meant.  I've learned a lot since then and, if you're a regular follower of this blog, you'll know that most of the time (with the odd blip here and there) I don't feel that way anymore and sometimes I even think that possibly this might even be one of our least difficult times.  This was brought home to me this morning when I realised that I no longer wear a watch.  That might seem an insignificant thing to some/most of you but for me it's huge.  For our 30th wedding anniversary in 2012 Ash and I stayed in a cottage on a beach on the west coast of Scotland.  To get to it we had to take his 4 wheel drive truck over two fields and down a cliff face (with a 45 degree bend halfway down), then along a track with the waves at the side of us.  Once down there we (and the dog) were on our own.  No mobile phone signal, not another human being in sight and just the sea to look at.  A passing seal came to visit every so often and we pulled back the curtains one morning just in time to watch a deer making it's way down the cliff but that was the total extent of the excitement for the week.  Oh, and Ash suggested I took my watch off.  Do you know, it took me three days to relax enough to do that.  There was no reason to wear a watch; we had nowhere to be and nowhere to go but still I couldn't do it.  I tried and tried but each time I took it off I felt out of control and on it went again.  Halfway through the week I had relaxed enough to let go of time and then, just as I felt I was beginning to relax completely, we had to begin making our way home and to my very stressful way of life.  Two weeks ago the battery ran out on my watch so I took it off meaning to visit the local jeweler and get it replaced (the battery not the watch which was a 40th birthday present from Ash) but somehow I haven't got round to it and I find it really doesn't matter.  So you see this diagnosis hasn't been the end of life at all but the beginning of something which, in some ways, is better than what went before.  There are of course all of those things I still miss about 'us' (and sometimes I miss them so badly it hurts) but good stuff has come out of it all as well and those are the things I really need to focus on. 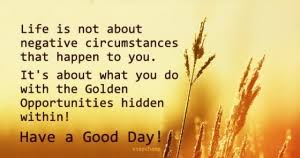