November 04, 2019
The escape was this morning but before you sympathise with me over that I'll report on yesterday's visit to see the birthday boy.  The actual time spent with him was, as usual, lovely as Ash is always at his best when basking in the admiration of the 6 year old who he loves dearly, especially as the admiration is completely mutual.  There were presents to unwrap when we arrived, then lunch, then a walk/scoot to the park where the little one and Grumps had a competition to see who could go highest for the longest time on the swings.  Looking at the two of them shrieking with delight you would have no idea there was anything wrong but the build up to the outing told a different story as I was asked again and again what time we were leaving, who would be there and what we would be doing.  I answered the questions calmly, took the dog for a long walk so he could stay at home (one less thing to think about) and off we set.  We only stayed a couple of hours so we could be back before dark and the journey home was uneventful but the minute we walked in the door Ash was in turmoil.  He couldn't remember where we'd been or what we'd been doing and kept asking who we'd been with all of which had the potential of tipping us into chaos but (and I'm very proud of myself here) I quietly put the kettle on and made a cup of tea then persuaded him to sit down with the tea while I lit the fire.  Suddenly all was right with his world and we were back on track enough for a short discussion on how wonderful the 6 year old is and what a lovely afternoon it had been.

The lucky escape came this morning when I took a while to get up to make the tea.  This is because the house was cold which in turn was because I can't make head nor tail of the timer for the heating and, although it comes on at 6am two days a week, on the other five days it doesn't come on until 7.  Ash announced that he would reset the timer which filled me with dread as it's the most complicated thing I've ever seen and I had visions of being left with the heating coming on at random moments through the day but never when we needed it.  I'd already decided that the easiest thing was to press the +1hr button if I got up before it had switched on by itself and said this to Ash but he insisted that he would sort it out.  Half an hour later he came downstairs to tell me that he thought the easiest thing to do was for me to press the +1hr button if I ever got up before the heating had switched on.  I said 'what a brilliant idea' and felt myself relax again.  You really do need to be on your toes if dementia is in your life! 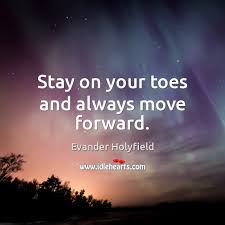 Jane said…
Thank you. I'm frequently in despair when I've done something stupid and made things worse but yesterday I really felt as though I'd helped rather than hindered.
4 November 2019 at 19:26