November 20, 2019
The saga of the decorating is now at an end and I have a beautiful new sanctuary which is almost entirely mine.  As you'll know this experience hasn't been without its dramas and at one point I thought my head might explode but we got through it and in the process I learned something.  Sometimes I think Ash is overwhelmed by jobs he would previously take in his stride.  Decorating has been one but you can add to the list chopping sticks, splitting logs, any DIY around the house  and on almost ad infinitum.  However my big lesson from this episode is that if I say 'don't worry, I'll do it' about half an hour later I look round and whatever it was has been done.  I have no idea why this is but it happened with stick chopping.  Last winter, without me really noticing, Ash bought bags of sticks from a local shop which was ridiculous when we'd been stockpiling broken wooden things such as garden furniture for the sole purpose of using them for sticks.  A couple of months ago I fetched the axe from the shed and began to chop.  Now every morning I hear the sound of the axe from the shed and we haven't bought one bag of sticks.  Last winter, again without me really noticing, we bought logs by the load from a local supplier which again was ridiculous as we had wood piled up at the top of the garden that just needed sawing.  Ash said we should get rid of it as it was old and no use.  I said 'leave it where it is, I'm going to buy myself a chain saw and then I'll be able to practice on it' now each morning he goes out to saw and split logs and we haven't bought any all winter.  When we started the decorating project on Saturday he painted the woodwork and started on one wall but then gave up.  Sunday I wasn't here but Monday he'd lost all interest so I donned my decorating garb and picked up where he left off.  Yesterday I realised he'd started on all the little jobs that I would find complicated and by today he'd tidied up all the woodwork, painted the architrave and fixed it to the walls and sorted out some trailing wires.

I have no real idea why this is but have three theories:

To be honest the 'why' doesn't bother me at all, I'm just grateful that he's still able to do things which boost his self esteem and keep him occupied. 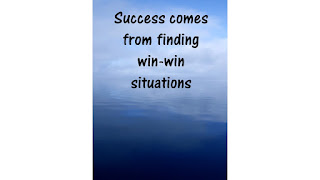 Ann said…
Sounds like you are ‘spot on’ with your theories, Jane. As no one knows Ash as well as you do.

Can I add that having ‘good, lucid’ days combined with ‘lost, bewildering’ days seems like ‘par for the course’ with Dementia.

Jane said…
You're right Ann, it's certainly not boring and think how much we're learning about psychology!
21 November 2019 at 16:30