Forgetting to leave the note

November 19, 2019
Last night I had to go to a meeting which meant leaving home at 6 pm.  I remembered all the strategies and had tea ready for before I went, switched all the lights on in the house and left a large note near the kettle saying where I'd gone and what time I'd be back.  I got home three and a half hours later but, importantly, half an hour before the time stated on the note and Ash met me with the words 'you're home early' so obviously that had all worked and you'd think I'd have learned.  However this morning I met a friend for a walk in the beautiful Lincolnshire Wolds but arrived and realised I'd not only forgotten my phone but had also failed to leave the note.  As Ash had said when I was leaving 'have a good walk and say hello to J.......' I had a faint hope that he would remember the detail (and no I have no idea why I thought that either) but when I got home three hours later he was in a state of utter confusion.  Where had I been? Why was I so late back?  Also apparently he thought he should have been getting on with some job or other but without me there he hadn't know where to start which obviously reinforced his feelings of inadequacy (there was no 'job').  All this just went to show how well the strategy of leaving a note in a prominent place had been working and that lesson has now definitely been well and truly instilled in my brain.

My other lesson of the day was around the decorating which is still ongoing although it now all revolves around finishing touches.  Yesterday I had assumed that Ash would carry on where he left off on Saturday but realised quite quickly that wasn't going to happen so, if you remember, I got on and did it myself.  Today deciding the walls needed a second coat, I got myself organised and off I went.  I'd also resolved to paint the architrave myself rather than ask Ash to do it but he obviously realised the pressure was off so happily, and without me saying a word, picked up a paintbrush while I was elsewhere and painted both pieces ready to go up in the corners.  And so we come back to the fact that he functions much better when there are no expectations on him, that he can be perfectly capable of getting a job done and that he hasn't lost all of his old skills.  The difficulty is that his level of ability changes on a daily basis and what he can do today he couldn't do yesterday and may not be able to do tomorrow.  This used to unnerve me and make me feel as though the earth was shifting beneath my feet on a daily basis but it's amazing you quickly you can become used to something and be grateful for the good days. 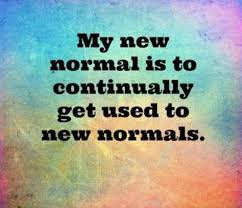