Just when you think you've got every angle covered

November 11, 2019
I really should know better but far too frequently I think I've cracked a particular problem and then I get complacent.  After the disaster of last Wednesday when Ash panicked because I wasn't back by dark and he'd forgotten he'd written down where I was and what was happening I have been leaving notes around the house in large writing on A4 sheets of paper.  Yesterday for example on the kitchen table I left a note saying 'Jane gone to Lincoln.  Back at 5pm' and that was all that was needed to keep him calm and at ease (I also make sure now that I'm home earlier than the time I've written down so he's not waiting for me).  This morning Ash had an appointment for a blood test at 10.52 am (and don't you love the optimism of the precise time of that appointment).  I was due to go on my Monday morning walk and asked if we could start earlier so I'd be back in time to go with him for the blood test.  That was organised, all was well and I was relaxed about the whole thing.  So relaxed in fact that all I wrote on the large piece of paper was 'Surgery at 10.50am.  Take blood pressure machine (the last bit was a reminder for me)' then I gave Ash a kiss and said 'see you later'.  Got home at just gone 10am to discover he was out with the dog, had locked the door and taken the key with him.  Waited at the top of the drive and then saw him striding at top speed up the road on the way back from the walk.  He was so focused on getting home that he walked right past me and then it turned out that, as I hadn't written anything on the note as to what time I was going to be back, he thought he was going to the surgery on his own and was so stressed that he could hardly string a sentence together.  This is yet another example of a strategy working so well that I am subconsciously fooled into thinking he's more capable than he really is. I know that I would never let him do anything like that on his own now so it didn't occur to me to write it down but he really isn't aware of how much support he has from me hence his confusion and anxiety.  The good thing was that stayed calm and made absolutely nothing of it so within a few minutes of getting in the house all was calm once more but this is yet another thing I have to take into account and then remember especially when leaving him on his own. 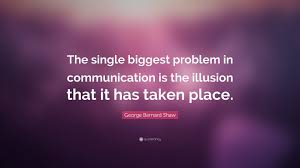 Anonymous said…
Just want to share this with anyone who has a partner with early onset Alzheimer's . When ever I leave the house with my husband he likes to lock the door and put the key in his pocket. This makes him feel good but I always make sure my key is in my pocket just in case . Xx
11 November 2019 at 14:53

Jane said…
Excellent idea. I made a pact with myself this morning to always take my keys with me in future so that whatever Ash takes it into his head to do I will be able to get into the house.
11 November 2019 at 16:30