November 02, 2019
I seem to have spent the past few days/weeks bogged down with, and focused on, what's wrong with my life when, as we know, it's far healthier to consider the finer and more fun aspects of what's going on around us.  These haven't actually passed me by but it seemed that every time I sat at my laptop something had just happened which had rocked my world, sometimes only slightly but at other times with a punch to the solar plexus which left me breathless.  Now however I've decided enough is enough and it's time to focus on the good, to bask in friendships and life's new direction and report back on it all.  I'm only human (and have the attention span of a gnat) so have no idea how long this new determination will last but I'll give it a go and try to bring a smile to your faces with some positive and uplifting reporting beginning with last Saturday when we'd been invited for afternoon tea to celebrate the birthday of a friend.  Ash could make up his mind on the day and I really didn't think he'd want to go.  Actually I don't think any of us thought he'd want to go so it was a great surprise when I said if he did want to come with me he would need to start getting ready and he got up from the chair asking me what I thought he ought to wear!  Not only that but he spent the afternoon chatting, joining in conversations and generally being very pleasant company for the whole two hours we were there.  Monday I went out for a walk with a group of friends.  This is a new 'thing' but five of us have decided to meet up at the village phone box every Monday at 9.30am to go for a walk.  If we can't make it it doesn't matter, we can join in the next week, but if we can then we're out for about an hour regardless of the weather.  This was the fourth Monday and the sun shone as it has in the previous weeks so the views were magnificent, the conversation interesting and 'Brexit', as far as I can remember, wasn't discussed.  What more could you want?  Then in the afternoon I went to visit another friend and once again we went for a walk only this one lasted two hours.  On Tuesday I headed off on my own to use my voucher at a lovely day spa where I read, relaxed, dozed and enjoyed a 'foot smoothie' before heading home six hours later feeling completely relaxed.  Wednesday was going to be a  'none day', nothing planned, nowhere to go and nothing to do until a friend called round with pork pie for Ash (his latest food obsession) and stayed for a cup of tea.  Thursday I met up with my late step father's brother and sister to sort some family stuff out at the house joining mum for lunch in her new home.  I don't know if I've told you but the home is built around an old pub with the original bar incorporated into the new building and that's where the four of us had our lunch!  It was a really lovely experience and mum spent the whole time with a smile on her face as we chatted across the table and caught up with news.  After that I came home, ate quickly with Ash and then headed out to my reading group where we tried to explain the concept of 'Ann Summers' to the French lady who joins us - much hilarity all round as you'd expect.  Yesterday I made a rare visit to the office (am still working 4 hours a week but only until Christmas) and managed to catch up with a few work colleagues/friends I haven't seen for ages.  Added bonuses were the birthday gifts they'd been saving until I managed to get there.  This morning have been out for a very long dog walk with yet another friend.  The rain started to fall about halfway round but my coat is still waterproof, my wellies kept my feet dry and we managed to catch up on each other's news so the rain really didn't matter.  To finish off the week, tomorrow we're setting off armed with birthday presents to see the now six year old which will, without doubt, be lots of fun and I have realised all over again that my life could be so much worse.  Not only that but, with three long walks in one week, I could soon be fit too, at least I will be if I can only keep it up! 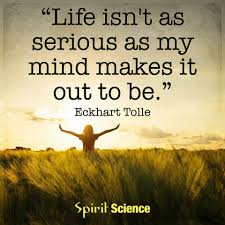