November 07, 2019
Yesterday I I'd organised lunch with a friend and also had a work related meeting another 15 miles further along the same road (if you're confused as to whether I've given up work or not I'm currently doing four hours a week which doesn't feel like work at all and in any case those four hours come to an end at Christmas).  These two things meant I would be out of the house from 11.30am until 6.30pm and in the past Ash has written this in his diary and been quite happy knowing I would sort supper out when I got home.  This time instead of the diary he wrote the barest of details in his little notebook and assured me that would be enough.  I wasn't convinced but he was adamant and we all know now not to argue with a person living with dementia so off I went.  Had a lovely lunch then went on to the meeting, leaving there at 5pm and phoning Ash to let him know I'd be home just after 6.  Arrived home to find him white and beside himself with worry as he hadn't known where I was, couldn't remember the phone call and had no idea why I wasn't at home.  He looked ill but, just as on Sunday, I kept calm, persuaded him to sit in front of the fire while I sorted supper out and within half an hour he was absolutely fine.  The thing is that I don't know whether this is happening because of the dark nights, or if it's the weather or if it's because the dementia is biting deeper.  Tonight I'm going to the cinema so will be out all evening but we'll be eating early and I can make sure he's settled in front of the tv before I go so I'm hoping he'll be ok.  If not I can see my evenings out coming to an end (a good job then that I'm not a party girl!). 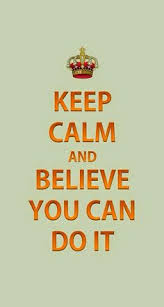 Ann said…
Sadly, your experience is very common, Jane. It’s certainly happening to me on a regular basis.

Unfortunately it’s curtailed many evening activities, but doesn’t have to stop them completely. I’m fortunate in that I can usually find someone to keep my beloved company, if I’m going to stay over with a girlfriend or enjoy a rare evening out. But I appreciate that’s not possible for everyone.

Having said all this, now it’s Winter and the evenings are cold and dark, I’m quite happy to arrange my social life around day light hours, if possible. It’s amazing what fun you can still have!
8 November 2019 at 07:18

Jane said…
Luckily I have Jake who is brilliant about coming over so I can have a night away occasionally, in fact I have one coming up. Last night didn't work out too badly so think we're still ok for the moment.
8 November 2019 at 09:53