December 06, 2019
.....where are the firelighters?  Some of you may remember that a few months ago bottles of washing up liquid were disappearing on a very regular basis and I was tearing my hair out looking for them.  That problem seems to have been overcome somehow and the washing up liquid supply is under control but now it's the turn of the firelighters.  We have an open fire to relax in front of every night and Ash is the one to light it.  He insists on firelighters even though they're not really necessary and we were buying them every week but then I found a really cheap supply (remember my economy drive) and six boxes were stacked up in the cupboard.  Those six boxes however didn't last long for some reason and we ran out in the middle of the week so I went and bought a box of 30.  As we really only need two or three at a time I thought that would take us up to the next week's grocery shop at the very least but three days later Ash told me we'd run out again!  The empty box was there but the firelighters were nowhere to be seen.  I didn't think he'd eaten them and the dog still seemed healthy but the firelighters had definitely disappeared.  I've now invested in another six boxes but am going to divide them into small bags with two or three in each one and keep my fingers crossed that they don't develop legs and walk.  So that's the firelighters but then there are the bread loaves.  We bought three yesterday two of which would normally go in the freezer (at this point I apologise for the detail but there is a reason) and I'm sure I saw Ash head to the door with them in his hands however later on I opened the door of a cupboard that has NEVER housed a loaf of bread and there it was, nestled in amongst the tins of tomatoes.  Next are the saucepan lids which live in a specific cupboard alongside the saucepans themselves but, when I went to get one this morning, they were nowhere to be seen.  The pans were in their rightful place but who knows where the lids are.  And finally there's the colander which has always lived in the cupboard with the mixing bowls.  Now I open the door to the cupboard under the sink to find it sitting inside a plastic jug.  It's a good job I'm not working, all my daytime (and some of my evening) hours are now taken up repatriating household items to their usual habitats.  Now keep that picture in your head and smile every time you think of me. 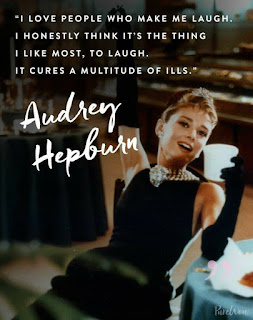 Cornwall Girl said…
I am smiling with you its the same here....your blog is something I now dip into most days its a nice connection with others who are also doing it 'their way' Thanks Jane
6 December 2019 at 17:15

Ann said…
With us it’s Toilet Rolls! No matter how many I buy, my beloved tells me on a far too regular basis that “We’re out of them”. We are lucky enough to have separate bathrooms (although it does mean extra cleaning fduties for me!). So I have no idea how my OH manages to get through toilet rolls at the rate he does.....the mind boggles 🙄
7 December 2019 at 06:58

Jane said…
I love the fact that, although every 'case' of dementia is different the similarities are extraordinary. As I said, it used to be washing up liquid, now it's firelighters and I'm just waiting to see what's next on the list.
7 December 2019 at 09:07