Black bags under the eyes is not a good look!

January 09, 2020
Neither of us could get to sleep last night, a circumstance I can blame almost entirely on the cough Ash has had since before Christmas.  The cough which may or may not be down to his blood pressure meds but which the doctor, without seeing him, put down to being the same cough everyone around here seems to have at the moment.  Anyway whatever the cause it prevented both of us from falling asleep so, as hot drinks seem to be the only thing which bring it to a halt, I offered to go down and make one, an offer instantly accepted.  The problem was that by the time I got back upstairs with it Ash had completely forgotten why he wanted it in the first place and fell asleep without drinking it while I lay at the side of him wide awake.  He then woke up 15 minutes later coughing so drank the now almost cold tea before falling back to sleep snoring loudly.  Two hours later I finally fell asleep but woke up late with a blinding headache and a cross Ash who informed me he'd been awake for an hour not daring to move in case he woke me.  Usually I would accept the criticism and get up to make tea (another cup in the endless cycle of cups made through the day) but once again I was stung by the unfairness of it all so told him in no uncertain terms why I was late waking up.  Interestingly this didn't lead down the usual spiral of endless, pointless discussion but instead he listened, apologised and talked sensibly for several minutes.  This isn't a strategy I would advise using in the general scheme of things as it rarely works but this morning it was as though a light had come on in his head and he was almost the old Ash who took everything in his stride, who never complained and who was rarely cross with me.  Now I just need to resist the temptation to try it on a regular basis. 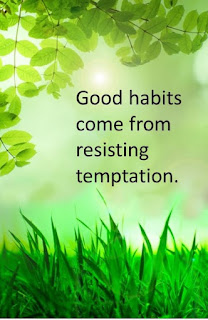