Dementia support is out there apparently

January 29, 2020
It just depends on where you live and what doctors surgery you use.  Yesterday's post was partly prompted by my search for an Admiral Nurse.  These are nurses specialising in dementia and funded by the charity DementiaUk.  I'm not sure we really need one yet but I had heard they existed in certain parts of the country (post code lottery of course) and that their purpose in life is to support the whole family of someone living with dementia.  According to my investigations, mainly on the DementiaUK website itself, the only ones in this county were specifically to support families of people in Order of St John's care homes so I gave up and didn't look any further.  Last night I was contacted by someone who told me that they did come into this area and she sent me a link so that I could get in touch with them.  The thing was that she knew about them because her surgery had told her.  This is a surgery that we could use if we wanted to (we have a choice of three) and they not only give out information to support people living with dementia but also have a dementia nurse of their very own.  Contrast that with our surgery who took over twelve months to get their system to react so that whenever Ash's name was keyed in a message flashed up on the screen to tell them he had dementia; contrast it to the attitude of the health care worker at our surgery who, when I asked if she seen it on the screen, asked me in return what difference it would have made if she'd known; contrast it with the fact that, despite repeated requests from me, our surgery has only just put on their systems to speak to me each and every time they call.  Even though they now know Ash has dementia it doesn't seem to have occurred to them that if they speak to him he won't remember a word of the conversation.  These surgeries are at most 6 miles apart but the difference in attitude towards dementia is stark and that can't be right. 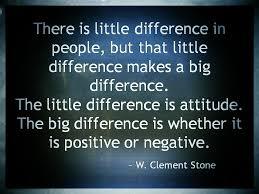 Jane said…
I would love to and to be honest I think they might be pleased to be rid of us but Ash went into a flat spin when I mentioned it so think we're stuck there and at least I might be able to improve things for those that follow if I fight hard enough.
29 January 2020 at 22:11

Jane said…
But it's a balancing act because if I become too much of a nuisance they can say that the relationship between them and us has broken down and ask us to move to another surgery.
30 January 2020 at 06:40

dasntn said…
Keeping your spouse happy and comfortable is definitely the hardest thing to manage, especially when you want to change something.

What sometimes worked for me (and sometimes didn't!) was just to visit the new place on some pretext (they have some info there I would like to get etc.) and let him see the place, and see if he takes to it.
30 January 2020 at 07:20