Do dementia and a chain saw mix?

January 15, 2020
Last night we had a conversation about some wooden pallets which have been leaning against the side of the house for years.  Ash had completely forgotten about them but suddenly announced that he was going to take the chainsaw to them in order to create sticks for the fire.  The very thought of him with a chainsaw made me go cold but if I've learned one thing over the past two years it's not to argue with him or suggest something isn't a good idea unless I absolutely have to so I kept quiet and let the subject drop.  This morning neither the pallets or the chainsaw were mentioned so I breathed a quiet sigh of relief and relaxed.  I really should have known better.  Mid morning the announcement comes that he's taking the dog for a walk and then plans to come back and get the chainsaw out.  All the time he was out of the house I was in a quandary.  Should I let him get on with it or should I put my foot down and risk an almighty row?  In the end I took the coward's way out and decided to let him carry on with the result that I have one happy husband, a shed full of kindling and one less pallet leaning against the house.  Sometimes I just have to have faith that some abilities and skills remain and that he wouldn't attempt to do something if he really thought it was beyond him.

Oh, and on a completely different subject I topped up my phone credit yesterday on Vodafone Pay-as-you-go and received an extra £20 credit as a gift from them.  The only thing is that the £20 has to be used on calls within the next seven days but they cap the cost of my calls so they never cost me more than £1 per day so how does that work?  Have I missed something here? 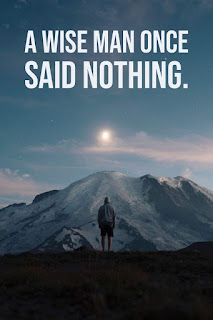 glad to hear that the wood cutting all went well.

However, I would urge caution. You say "he wouldn't attempt to do something if he really thought it was beyond him" - that may be true now but will not always be the case.

I remember when my wife fancied a mug of hot chocolate, rather than tea, for a change. So she put the milk in the electric kettle to boil, because that's the way you heat up liquids, isn't it? She thought she knew how to do it, but it meant we had to go buy a new kettle. Nothing too serious, it's true, but a chainsaw is a bit more worrying!
16 January 2020 at 07:20

Jane said…
Thanks David. I do keep an eye on him and made sure I was around while he was using it. At the moment he still retains a lot of his old DIY skills and it seems to be the getting started that he has the problem with but I've taken on board your comments for the future. thank you.
16 January 2020 at 09:25