Thoughts to help me sleep

January 18, 2020
I sleep far better nowadays than I have in the past but still sometimes struggle to get off or wake in the early hours and can't find my way back into that comforting darkness so what do I do?  I've said before that we've been on some amazing holidays and I find one of the things that works for me is to take thoughts back there and relive the best ones.  There is a drawback in that it makes me remember how things used to be but, as the saying goes, 'it's ok to look back at the past, just don't stare' so looking back is what I did last night.  One of my favourite holidays was to Comino which is a rock in the Mediterranean between Malta and Gozo.  To get there we flew to Malta, took a minibus to the top of the island and then clambered into a fishing boat to take us the rest of the way.  This wasn't an expensive or an exclusive holiday just one I'd found in a brochure and liked the look of so I booked it and off the three of us went.  Comino really is a rock; some of you may have been there and disagree but in my memory there are no roads, no trees, no bushes, no shrubs, no shops, no restaurants just the hotel on one side and some studios on the other with rocky paths leading between the two.  The things I remember most are Jake having his first illusion of freedom as he spent evenings with other teenagers at the hotel and then getting a lift back on the staff minibus; Ash water skiing from Comino across to Gozo and back again; eating breakfast in an open sided restaurant alongside the sea which was so close you could almost reach out and touch it and, best of all, the snorkeling.  I'd never really been keen on putting my face in water before but, as usual, when Ash wanted to do something it was easier to go along with his latest enthusiasm than battle against it so we'd bought snorkeling gear and I'd made a show of agreeing to join in.  However it wasn't until he came racing across the beach calling for me to go with him to see what he'd found that I discovered the delights of going underwater.  What he'd found was a cave with sunlight flooding in from a crack above the water and in that cave were the most amazing fish.  I have no idea what they were but we could swim among them (and did on a daily basis) and that really was an experience to remember and to cherish.   We snorkeled on lots of holidays after that but that's the one I remember best and it's his zest for life which I miss the most. 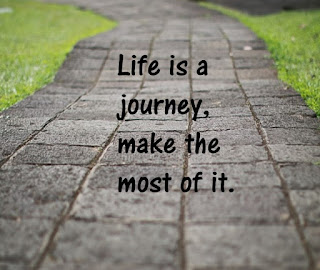