February 21, 2020
We have the 6 year old staying and just for a while life is fun again.  Interestingly this time Ash is struggling a little with doing all the things the 6 year old expects (in the past just the assumption that he could do everything meant that he could) but it really doesn't matter.  Last night lighting the coal fire was excitement personified while this morning helping 'Grumps' get the coal, sticks and logs in provided entertainment for both of them.  A mini digger on the track at the front of the house today also provided interest for a while but then the discovery of Ash's old police cape, handcuffs and truncheon from his very early days in the police was absolutely captivating.  The cape stayed around those little shoulders for about three hours with no sign of interest waning.  Ash had to explain how the handcuffs worked, when he wore the cape and why he carried a (wooden) truncheon, photos have been taken and there's a plan to email those photos to Mummy and Daddy later today.  In fact the cape only came off when we began to melt wax so that we could make some firelighters and then, just as it was about to go back on again, some old pieces of parquet flooring were discovered.  Ash has been using them for sticks but we both looked on in awe as the 6 year old used them to create his own floor design.  As for me my new found skills with a screw driver were called on to build a wooden fort we found in the attic so I'm feeling pretty good about myself as well and the magic woven by a six year old is in evidence all over again as the distant memory of normal family life came into focus once more. 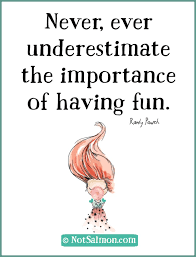