February 27, 2020
Last night once again Ash was fiddling with his camera and once again I tried to ignore him but then I realised that he does this when he's mucked up one of the settings.  He doesn't want to say he's done just that and so he sits clicking first on one thing and then on another until he has absolutely no idea how he's got to where he is.  At first I had no idea either but then a few weeks ago I decided, because I was desperate, to try and reset it (being without the camera would be on a par with being without the dog for Ash and I couldn't bare the thought of it) and I actually managed to do it.  This was the first time Ash hadn't managed to sort it out for himself so, although I was pleased with myself, I sort of banished it to the back of my mind as a one-off.  Have now used the new found camera skills three times in as many weeks and am starting to know where to look and what buttons to press which is certainly progress.  What's even better though is that not only am I beginning to recognise the signs that all is not well sooner than I used to Ash is also happy to let me sort it out sooner than he once was so when I looked round and said 'I'll look at it if you like' he just passed it over and things were soon back to normal.  Progress indeed I think and a sign that he feels safe to admit he can't do something.  So I'm already feeling pretty good about all that and then this morning I had a lesson from the plumber on how the new water tank works.  This is important because the man I used to rely on for everything has moved out so a lack of knowledge on my part of the inner workings of the new plumbing system could end up being a very expensive business.  In fact I don't think I ever realised how expensive living in an old cottage could be until my DIY expert swapped places with this stranger who now shares my life but where there's a will there's a way and my knowledge base seems to be coming along nicely thank you. 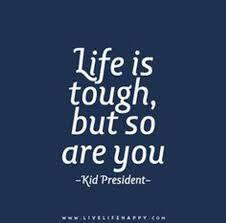