February 11, 2020
I know that lots of people don't bother with Valentine's Day especially if they've been part of a couple for years and years but we always did.  It was a celebration of something special but also yet another opportunity to have some extra fun because that was what life was about.  Even in the couple of years leading up to the diagnosis, when things were more difficult, they were never totally impossible and Valentine's Day along with birthdays, wedding anniversary and Christmas were times to show the two of us that we'd made it through all the ups and downs and we were still ok.  It wasn't about presents, it was about showing we cared enough to make an effort.  Picnics on the beach (yes even in February looking out at the North Sea), special meals at home, eating at the local pub with a red rose on the table, all just something a little out of the ordinary.  One day but lots and lots of years together.  Last year I knew I wasn't going to get a card but I bought one for Ash anyway only then farce (or fate) took over and I lost it!  I found it several days later at the back of the drawer where I'd hidden it but it was too late then so I resolved to keep it a year and get my money's worth.  Only will I?  I've thought and thought about this and decided the answer's 'no'.  One of the reasons is that it puts pressure on Ash.  He won't remember unless I mention it and then he'll feel he has to go and get me something but will it be just a card or should it be a card and a present and then should he cook something special as (he might remember) he has in the past?  In his head the questions will come at him thick and fast and then I run the risk of making him feel confused and inadequate which just makes life difficult.  So that's one reason but there's another, one which is quite difficult to admit but I'm going to put it out there so that, if you too are in a similar position to me, you'll know once again that you're not on your own.  For us Valentine's Day was a celebration of love, it really was, it didn't feel like a commercial enterprise designed to make us spend money, it was a time to say 'I love you, I care about you' and I still want to spend the rest of my life with you' only today the man I would have said all that to is no longer here.  In his place. as I've said many times before, is a stranger.  A (mostly) nice stranger but a stranger none the less.  Certainly not someone who makes my heart soar, not someone who can look into my eyes and make my knees go weak, not someone I share my deepest thoughts with, so celebrating Valentine's Day seems a sham and, just because we did it for 43 years doesn't seem a good enough reason to keep on doing it for ever and a day.  I'm pleased we did it when we could however and wouldn't have missed a single one of those Valentine celebrations that went before. 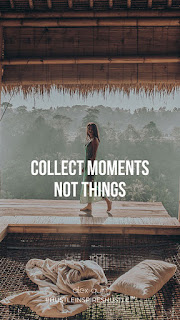 Cornwall Girl said…
Yes I get it Jane its just one more reminder of whats been lost and those feelings of romance and deep mutual love have gone never to return. But we did have them and for that I am grateful. Today has been a real challenge ..these days seem to get more regular these days; but each time they happen and the aggression from OH shows itself I detach emotionally a little more knowing that the person he was would never have been this way so therefore it gives me permisson to let go a little more. I am fond of this quote for when someone has died ( which in a way our oh's have ). Death leaves a void that nothing can fill, memories ( ours) leave a blessing that nothing can steal... Happy Valentines day for Friday :-)
11 February 2020 at 17:18

Jane said…
It's so nice to know it's not just me. We're back once again to the question of do we still love them when they've turned into a stranger and I think it's ok to say 'no I don't but it doesn't mean I'm not going to do the best I can for him for as long as I can'. But you're also right in that there is a drawing back and that I think is self preservation.
11 February 2020 at 18:11

Anonymous said…
Yes it's only for that reason self preservation ...the love has changed but it's still love otherwise I wouldn't be here.
11 February 2020 at 18:21

probably best to let it slip by - why celebrate something you no longer feel, and will only cause Ash distress.

We were never very "big" on Valentines - more so in the first few years, but then mainly just a card. My work meant that I travelled a lot so often I wasn't around for it anyway. My wife can no longer write her name, or mine, and has no idea what Valentines means (or what a birthday is) so we definitely won't be doing it.