Speech and other difficulties

April 05, 2020
For a few weeks Ash has been stuggling occasionally to find the words he needs to tell me something.  Not huge struggles but struggles nonetheless and it was so obvious this morning that I really took notice.  We were listening to the radio in bed when a song came on which, as usual, he recognised.  As usual I didn't recognise it and he knew without being told that I wouldn't so tried to tell me that it was 'Derek and the Dominoes'.  He had several attempts but neither word would come out and I was stuck between wondering how long to let him battle through in the hope that he would somehow be successful and whether I should step in with the words he needed and possibly destroy any feeling of satisfaction he might get in the end.   So did I step in or not?  Actually I did but not until Ash had given up and not before checking that he wasn't upset with not being able to say the words.

So that's one example of the difficulties he's having with speech, there are others but at the moment they're all in a similar vein and I'd hate to be boring.  I did wonder about the speech thing because it seems worse when we're at home on our own; when we're out he can usually chat with those around us on a superficial level at least and often to the point where people who don't know him well can't tell there's a problem so why is it harder when he's talking to me?  As I say I wondered and then I saw this Teepa Snow video which is definitely worth a watch if you want to know more on the subject.  https://www.youtube.com/watch?v=0BlZF_4EKp4

There are other changes I've noticed too, only small ones but they say so much.  A little ritual has developed over the past few months whereby when we wake I ask what time it is, Ash looks at the digital clock and tells me and then I announce I'll get up and make the tea.  Unimportant in the scheme of things but it gives him a role in the morning routine now that he can no longer make the tea but yesterday and today he hasn't been able to tell me the time which is a little disconcerting and difficult to watch as he struggles with the numbers so now I need to remember not to ask.  Then there's the lid left off the tea pot and and the loaf sitting on the lid of the bread bin both, I think, are because he's got to teh stage where he needs visual prompts.  He can see into the tea pot if the lid's off and he knows we have bread because it's there in front of him.  Some things leave no mark on his memory at all so every night he can lay the table for tea but has to ask me a) if we're eating at the table or on our knees (we only eat on our knees if it's a dire emergency because otherwise we might not talk at all) and b)if I want the ceiling light on in the dining room or the lamps (for the 37 years we've been married I've hated ceiling lights and always preferred lamps).  Some things are obviously indelibly printed on his brain so he knows to take the dog for a walk in a morning and he knows to get the stuff in for the fire but other than that it's all either hit and miss or I can guarantee he won't know.  And actually those last are what take me by surprise, not that he forgets but that some things he's done over the years on a very regular basis he now truly doesn't know about.

On a positive note he's painted the garden fence today and it's looking very smart so the skills are there, it's just persuading him to use them. 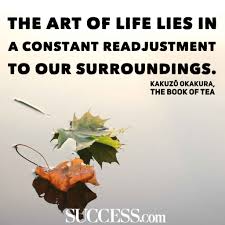 dasntn said…
Hi Jane
thanks for the link to the video - very interesting.

Explains why Catriona keeps saying "Get Out" and "Bugger" such a lot (although bugger now is more often bogger or bog) while many other words are now lost. I guess these must go back to childhood (wasn't me, honest!)

Jane said…
Have you seen any other Teepa Snow videos David? I love her, she's so practical and frequently makes me laugh while, at the same time, making me think.
6 April 2020 at 10:34

dasntn said…
I have seen one or two of her videos before, and they are very informative and very watchable!
7 April 2020 at 11:51

Jane said…
I love her and have learnt so much from watching those clips on youtube. think they should be mandatory watching for all dementia carers as soon as that diagnosis arrives.
7 April 2020 at 16:42