May 22, 2020
Two weeks ago Ash decided to give up driving and that was something I didn't think I'd ever see.  Driving you see has always been part of who he is both at work as part of his job and at home as the man who seemed to know every short cut, every motorway services and every back road in the country.   If we got stuck in a traffic jam it was ok because he knew a way round, if we were running low on diesel it was ok because he know where the next service station was and on and on.  In 2017 I was asked to run a project at work which involved driving to the other end of the country by myself several times over a period of nine months.  The first time I had to go I walked out of the house crying because I was so scared.  Before that the furthest I'd driven was probably just over a hundred miles but this job involved me being a grown up, travelling to a part of the country I'd never visited before and one which involved a six hour drive in each direction.  In retrospect this was a very good thing because here we are three years later and it looks as though from now on I'll be in the driving seat in more ways than one.  Ash's driving has been concerning me just a little for a while now but we'd got to the stage, especially during lockdown, when I was always in the car with him and nothing serious ever happened so I let it go.  Long gone however were the days when we'd get in the car and I'd be asleep before we got to the top of the drive but he was ok and, as Jake once said, if his dad was driving at only 50% of his old self he was still better than 99% of the rest of the population so we went along with things not quite as good as they used to be but still manageable.  Last Thursday we went shopping and something happened in the car; nothing major but just one tiny something on top of lots of other tiny somethings that have happened over the past couple of years and I thought 'this has to stop'.  I do feel that was very brave of me because I'd already gone through it with my mum so thought I knew how it was all going to go and, to a point, it all felt very familiar.  I waited until we got home and then said quietly that I thought maybe it was time to give up driving.  Ash went into forceful mode and started to raise his voice which to be honest quite often makes me cry just before I back down.  This time however I stood my ground while he recounted every single aspect of the incident (something quite impressive for someone who can't remember what I said five minutes ago) and we did the usual circular argument thing which you'll recognise if you live alongside dementia.  He told me driving was part of who he was, I said I knew that; he said he hadn't done anything wrong, I disagreed; He told me he knew how to drive, I agreed; he told me driving was part of who he was .............. Finally I said 'You haven't lost your driving skills but I think you've lost your ability to use them.  Your reactions are too slow and what will you do if you have an accident because you're too slow to avoid it and someone is killed?'  That, given his work history, stopped him in his tracks because a very long time ago he worked in the Traffic department for Lincolnshire Police. As part of that job he attended countless fatal accidents and had to deal with the fallout from them so had seen first hand the chaos and confusion they cause to people's lives.  The minute I asked that question he stopped shouting and said 'you'd better have the car keys'.  To his credit, since that day, he hasn't once headed for the driver's door of the car or forgotten than he's no longer driving and I can now relax in the knowledge that he's not going to cause an accident or even be unable to get out of the way of another driver who hasn't been quite so sensible.  So it was easier than when I went through it with my mum (she phoned me several times a day for about six months to demand her car keys back) but in some ways it was more difficult because it's yet another part of him I've lost and there's not much of the old Ash left nowadays. 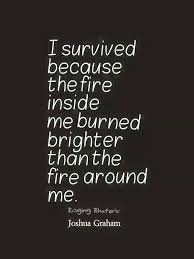 Madisonwhite said…
This hits so close to home as we are on the edge of this decision/default/sacrifice. You bring a good perspective to the issue.
24 May 2020 at 01:24

dasntn said…
My wife's decreasing ability to drive was one of the things that led me to suspect that she had dementia, and she gave up probably before diagnosis. I think all that really shows is just how slow I was at spotting all of the signs.
24 May 2020 at 07:00

Jane said…
I don't think you're on your own at being slow to spot the signs and I think it would be interesting to know if anyone, faced with a spouse, parent, sibling or partner still in their 50s whose first thought at a sign of confusion 'something's wrong I'd better see if it's dementia'. It's not even the doctor's first thought so how can we guess. As for knowing when to step in with the driving issue that's a difficult one. With my mum I shied away from it for far too long just because i knew the hassle it would cause. With Ash I just didn't see how I could do it in a way that he would accept and remember although I was ready to go into battle. If I'm honest he's been quite hesitant on the road for a while so I suspect it wasn't quite such a wrench as I thought it would be. Being him though he won't talk about it so I'm guessing there.
24 May 2020 at 08:58