May 20, 2020
Had my second run of the week this morning and just wanted to tell you it was ok again.  The very first time I did this was in Florida last year.  I decided to start then because I figured it would be warm, there was a proper running trail in the resort, it was flat and, most importantly, no-one would know me.  It was all of those things so I wasn't disappointed but what did take me by surprise were the signs warning to watch out for crocodiles and snakes - you don't get many of those in Lincolnshire.  What also took me a little by surprise was the fact that, after the first one minute run/shuffle I thought I was going to die.  I couldn't breathe, my legs ached and I had another seven of them to do.  I still have no idea why it took me by surprise because the last time I did any sort of running other then after a toddler was forty years before when obviously I was a lot slimmer and a lot fitter.  Anyway I struggled on for the two weeks we were there and then struggled on again, albeit in a colder climate, when we got home.  I struggled on right to the end of week five and then decided it was far too much like hard work and I gave up.  Had another go a couple of months later with exactly the same result but this time I'm fitter to start with so have higher hopes for myself.  The other, fun, part though is the playlist I've put together so that I have something to focus on other than how far I've run, how far I've still got to go and how much my legs hurt.  I downloaded the songs yesterday and am here to tell you that it's an almost totally cheesy 70's list.  If you weren't a teenager in the 70s you won't understand my choices, even if you were a teenager in the 70s you may not understand my choices but I really don't care because when else am I going to wallow in Suzi Quatro, Sweet, Bay City Rollers, Status Quo, Donny Osmond, David Cassidy and others of that ilk without risking total ridicule?  In fact there was some of that coming from Ash this morning who suggested that I'd put those on my list so that I would run quicker and be able to escape from it all.  He was a teenager in the 70s but obviously has no soul! 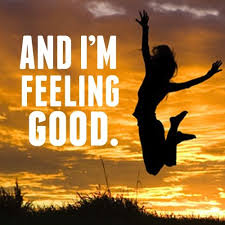 Brenda Broadberry said…
Nothing wrong with your playlist at all. That's my type of playlist when i need cheering up xx
20 May 2020 at 21:03

Jane said…
Actually Jackie I'm shocked too. How could I have forgotten him. will put that right immediately. did I forget anyone else?
21 May 2020 at 07:40