Breaking through the pain barrier

June 08, 2020
No, I'm not talking about the running although I did realise this morning that you didn't get your update last week so I'd like to tell you it's still going well.  I start off every Monday, Wednesday and Friday with a spring in my step (even last Friday when it was raining) and I still feel good half an hour later as I'm coming through the door.  My music is always on shuffle so I never know what's going to be playing in my ear but a couple of mornings I've set off to the strains of 'I Want to Boogie' by TRex and this morning it was 'Devil Gate Drive' by Suzi Quatro so what could be better?  Actually I have several friends who've questioned my taste in music recently but that's OK because they don't have to listen to it and they're not running with me.

So now onto that pain barrier.  I've talked several times about the pain of all this from the years leading up to the diagnosis, through the aftermath of that awful day and into the months and years that followed when I was consumed by what was happening to me, to Ash and to our life.  There was very little room in my head for anything else as I navigated my way around this new way of living and the only way to deal with it I discovered was to find a way through the anger and pain but sometimes that just seemed so impossible that I found myself drowning in despair.  That was me for a very long time.  By the time we arrived at the memory clinic for that diagnosis my confidence was at rock bottom and when the blow was delivered I thought my world had come to an end but no-one can live like that forever and gradually I fought my way to the surface.  The battles with my mood swings were hard but eventually the gaps between the bouts of despair got longer and I found I could smile again.  I also think that friends appreciated the effort I put in to being decent company but those efforts helped me too and I could feel myself beginning to recover one small step at a time.  And now I'm here, not fully recovered obviously because nothing will ever be the same again but I've finally realised that this has to be about me now, about where I'm going from here, and I feel as though I've broken through a particularly painful barrier which has opened up a whole new world.  The running is the first step in a small series of lifestyle changes but most importantly the changes are for me.  I think in the past I've worn clothes that Ash liked, I've had my hair the way he wanted me to etc not for one minute because he dictated it but because if he thought I looked good then it made me feel good about myself.  Now I've understood all that really matters is how I feel about myself and that has helped more than anything else I've tried.  I've finally realised there will be a life waiting after dementia but it's up to me to make of it what I want it to be.  Interestingly Ash seems to really like this new me and is, himself, happier than he's been for a long time so it seems that we've both turned a corner.  I will say here, before anyone else says it for me, that I know there will still be challenges. I won't be on top of the world every single day but then again who is? But at least there's hope and happiness and I'm very far away from where I was. 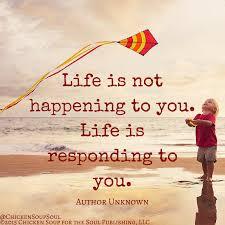