June 06, 2020
If you've only recently joined us you might not know that just over three weeks ago Ash agreed to give up driving but if you've been following the blog for a while you'll have read all about that traumatic day and you'll also know about the truck which is/was his pride and joy.  He loved the truck and I really wasn't sure how to handle that part of the situation so decided to sit back for a while to see which would be less traumatic, looking at it sitting outside the house unused or watching it go out of the top of the drive for ever.  There are many difficult decisions to be made when living alongside dementia but I think, after the diagnosis, this was the most difficult one of all and it was one I'd been dreading.  So I let the truck sit outside the window while I watched, waited and pondered what to do.  Ash's truck is well known in this area and one or two people got in touch to say they were interested in it so selling it didn't seem to be a problem but still I watched and waited, just seeing if I could work out the best way forward.  I've realised that I set great store by working out what Ash wants and then presenting it to him as a choice but this time I really had no idea and then one friend in the village said her husband was interested in it.  We both knew that could be tricky as Ash would be able to see it on an almost daily basis, not be able to drive it and would know it now belonged to someone else so neither of us really thought that would go down well but I said I'd see and, of course, I KNEW it would have to go to someone out of the village because I know how his mind works.  So that was where we left it but that afternoon I plucked up courage to drop casually into the conversation that ........... wanted to buy the truck.  Ash's response? 'that's a brilliant idea because it'll stay in the village!'  Once more I'd had the rug pulled from under me and I realised that I would never, ever understand how dementia works. 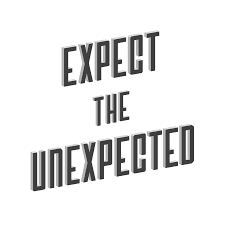 Dr2n said…
Wow!! That was a surprise. I'm doing what you do--trying to figure out what he'd want. So maybe we learned something today--perhaps we should just ASK what they want?

I find that even though my first impulse is not to even discuss things with him, I find I'm being more honest and open with him than ever and he's responding in a lovely way. So instead of trying to figure out how he'd feel, I just tell him stuff. He may or not understand what I'm telling him but he's not reacting badly as I assumed he would. What a lot of energy has been wasted over the years.

Jane said…
think it would be wonderful if we could ask them but dementia doesn't always work that way does it. am sure if I'd asked him what he wanted to do with the truck it would have thrown him into a flat panic and he wouldn't have know and that's what drives me crazy because I do have to work it out for myself and then something like this comes along and throws me a curve ball.