July 25, 2020
You may have noticed by now that I lean towards the upbeat, that I try my hardest not to notice the negative and that I rarely acknowledge the difficulties but this weekend didn't have a great start and I thought you might like to know what happened and how it was all resolved.  Jake and the 6 year old came over last night, the details of arrivals and departures were written both on the weekly planning board and in the diary, Ash was happy with our visitors and everything looked set to go swimmingly.  Even this morning when we woke up things were still fine; Ash was chatty, everything was going to plan and I felt safe to pack.  I'd planned to leave the house at 8am so felt pretty pleased with myself when at 8.10 I found myself heading for the sitting room to say goodbye but that's exactly when the best laid plans began to crumble.  Ash demanded to know where I was going and how long I was going to be away.  I gave him answers which I thought would be the ones he was looking for but then saw his eyes fill with tears as he launched into a verbal attack on me.  Apparently he was being side lined and he didn't like it one little bit.  This was all because earlier in the week I'd asked Jake and his friend who lives nearby to fix the dripping/pouring overflow which has been on the 'to-do' list for 3 months now and I understood Ash's frustration because once upon a time he would have done that small job the very minute it became an issue.  The thing was that I'd talked to him about it all and he'd enthusiastically agreed that it was a great plan and he'd be able to tell them what needed doing from ground level while Jake was up the ladder, only this morning it wasn't a great plan because they were taking over a job he'd been planning to do next week.  But of course the outburst wasn't about the feeling of being sidelined at all it was because I was going away and suddenly his world had tilted on its axle and his safety nets, as he knew them, were disappearing.  I tried so hard to see all of this from Ash's point of view but at the same time there was a distinct feeling on my part of 'this is so unfair' and there was also the question hovering of 'is it really worth it?'  However I managed to calm him down, see the weekend for what it really was (24 hours just for the 'boys') and I was on my way knowing that it is worth it and, if I'm to retain any sense of self through all of this, then I need my weekends away however difficult the beginning of each one is.  We learned lessons from the last of these weekends and there are obviously more to be learned from this one but for now I'm just relaxing in the peace and quiet of my own company and luxuriating in the knowledge that, for these 24 hours at least, I have no responsibility whatsoever. 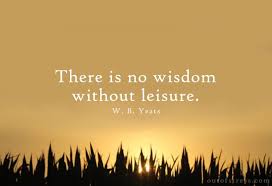 Frank said…
I'm glad you were able to continue on with your plans. I know it must have been distressing to begin your happy time away with a difficult time. I hope you feel no guilt for enjoying your time away.
26 July 2020 at 16:48

Jane said…
No guilt felt at all Frank thank you. Being able to get away means I'm in a better frame of mind to take on the next few weeks so it's worth the stress at the beginning I think.
26 July 2020 at 20:08

Unknown said…
This comment has been removed by a blog administrator.
2 April 2022 at 13:22