July 31, 2020
Ash likes taking Max the dog for a walk but for a few weeks those walks became more and more frequent until the poor thing was going out four times before lunch and twice in an afternoon.  Not long walks but, as he's now 11, they were long enough and frequent enough to wear him out and, as he is the sole focus of Ash's interest nowadays, I need to prolong his lovely life for as long as possible.  I left the situation as long as I could and watched carefully but in the end I had to step in and talk to Ash about cutting down the walks just because of Max's age.  Surprisingly he grasped the importance of what I was saying instantly but then got very confused and fearful about when he could and couldn't take him out so I bought yet another chalk board which arrived this afternoon.  We unpacked it and admired it before I set to and drew a grid on it putting Monday to Sunday down the side and three columns across the top saying am. am & pm.  We needed 3 columns because Max goes out for a very short walk around the church first thing in the morning then a longer one mid morning followed by another longer one in an afternoon.  I showed the board to Ash and he suggested I changed the first 'am' column to 'ch' so that he would know that just meant round the church.  Did that and showed it to him again and there then followed this exchange:

Ash: What does 'ch' mean?
Me: Church, so you know to just go round the church
Ash: but that's first thing in the morning so why didn't you just put 'am' like the  other one?  Now you've confused me!

I know enough now not to argue or to point out that I was only doing as he suggested so, feeling very proud of myself for managing it, I just walked away.  Are you proud of me too? 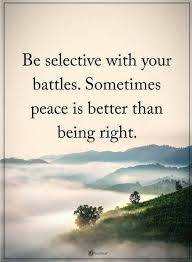 Dr2n said…
So proud! I'm trying to not ask direct questions, too. But last night it was hard when he thought he had fed the cats but all the bowls were still in the stack I created when I emptied the dishwasher. I finally was about to agree with him that he already fed the cats but he decided I was probably right and fed them.

We fight about his pills, too. But he would NEVER use a board to remember stuff. I'm amazed that your hubby will. I guess he was that kind of person before all this, huh?
31 July 2020 at 21:57

Jane said…
He most definitely wasn't a list sort of person before this and it's been a bit of a battle to be honest. Now I get round it by saying the chalk boards are for me because I can't remember what's happening. I get them organised, put them up and then find he's using them although he doesn't admit it. We also have a weekly check list sellotaped to the dog food box and he ticks when he's fed the dog. think that was actually the first one because he either forgot to feed him altogether or fed him twice.
1 August 2020 at 15:14

Karen said…
Many times a day. Now friends are starting to tell me that he doesn’t recognize them when they stop to talk to him when he is walking. I just wonder when the next big downturn will be.
2 August 2020 at 21:50

Jane said…
I find that big downturns are rare and instead there are lots of little ones that go unnoticed until the day I realise he can't do this and this and this and this anymore. But that makes me sound despondent and I'm not because there's lots he still can do and sometimes he surprises me.
2 August 2020 at 22:10