To DIY or not to DIY

July 06, 2020
When Ash and I bought our first house we started decorating, each doing our bit to change the colour from brown and orange to something more in tune with the 1980s.  I've no idea what colour we actually went for in the end, and have a feeling that it may even have been brown and cream, but at least the orange was nowhere to be seen.  So Ash wallpapered and I painted and all was amicable until I stood, screwdriver in hand, ready to put the handles back on the doors, at which point he came over to give me advice on how to do just that.  How to take a door handle that had already been on the door, hold it in place and insert the screws into the existing holes.  I handed him the screwdriver, walked away and it was the last bit of DIY I did until dementia entered our lives thirty four years later.  He's always been able to do anything I asked you see so there was no need for me to even consider my part in it all.  Need a new bathroom suite fitting?  Ash could do it.  Need the kitchen moving to another room?  Ash could do it.  Need a fireplace knocking out and rebuilding?  Ash could do it and so life went on with him fixing or changing everything as necessary or when I asked and no need to pay anyone else to do it for us.  Then dementia came creeping around the corner and suddenly life on the DIY front was less certain.  Now you may be reading this and wondering what the problem is because surely there's stuff I can do and if I can't I can just pay someone to do it and in some cases you'd be right.  You may have noticed that I've become less and less afraid of DIY as time has gone on and there are jobs I've undertaken which I'm very proud of.  Changing the light switch in the bathroom is one of them.  The real problem then is that often Ash thinks he can still do this stuff and sometimes he can but, equally, sometimes he can't and it's when he thinks he can, gets started and then finds he can't that the difficulties begin.  We've bought a new bed for the six year old which arrived last week and has been staring at me ever since it was brought into the house.  It needs to be put together for Saturday night and I've been dreading bringing up the subject for at least four days now.  I don't doubt that I could build this bed if I put my mind to it but that involves asking Ash for his electric screw driver which in turn will mean he'll say that he can do it and then maybe he will be able to and maybe he won't.  If he can't he'll get cross with himself and with me and we'll be in one of those situations I spend my life trying to avoid.  So what to do?  I mentioned it to Jake earlier and he said to leave it all until Saturday when he can put it together while pretending to let Ash take control.  This is something he's become very accomplished at over the past two and a half years so I accepted the offer gratefully and am just pleased he's in our life. 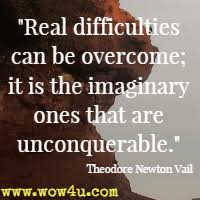