A pie in the cupboard

August 04, 2020
Yesterday I was feeling proud of myself for being involved in a chat for a radio podcast and not making a fool of myself whereas today I'm feeling proud of myself for disposing of a pork pie without making a fuss.  Such are the ups and downs of life with dementia.
Tell us about the pork pie I hear you say and so I will but, to be honest, even if I didn't hear you begging I'd still tell you because it's all a little bizarre.  Each week on the way back from grocery shopping we call at the butchers and I buy three pork pies.  We get home and two of them go in the freezer while one stays in the fridge and then Ash works his way through them during the week right up until we buy another three and start the whole routine again.  Usually three are enough but sometimes he doesn't eat all three and so we have spares, only two or three weeks ago we ran short and I had to go and buy an extra one half way through the week which was a little strange but I puzzled about it for a short while before shrugging my shoulders and returning to the usual format of buying three once a week.  On Sunday we went to my Mum's for a spot of skip filling/house emptying and brought home with us a game of Monopoly and two scrabble games.  Today I went to put them away in the cupboard next to the fireplace in the dining room and opened the door only to discover a pork pie staring at me from one of the shelves.  This cupboard is one that's rarely opened as it's packed with DVDs that we never watch and old newspapers waiting for winter when they'll be used for lighting the fire so what this pork pie was doing in there I have no idea.  Neither do I know how long it's been in there rather than in it's proper place in the fridge but have a feeling that it really won't be safe to eat.  Now there was a time, not too long ago, when I would have asked Ash for the whole story - why was it in the cupboard? had he put it in there? how long had it been out of the fridge? - but now I know that the most useful question I can ask myself is 'does it really matter?' and almost always I realise that it doesn't.  This was one such instance where, if I'd asked the questions, Ash wouldn't have known the answers and, more importantly, he would have felt stupid which in turn would have made him anxious.  What really mattered was that I had no idea whether the pie was safe to eat or not so, making sure he wasn't watching, I took it out of the cupboard, put it under my sweatshirt and smuggled it out to the bin and all without causing any distress to him whatsoever.  One of my better solutions to a problem I think even if I do say so myself. 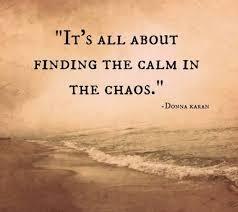 Karen said…
The concessions we have to make😢 and the things we say only in our heads instead of out loud.
4 August 2020 at 16:56

dasntn said…
Sounds familiar. A while back when my wife was more capable of doing things, she decided to make herself hot chocolate, so put milk in the kettle and turned it on. Not to be recommended! We just went out and shopped for another kettle....
5 August 2020 at 08:01

Said you were perfect for radio it was a pleasure to have you on the show.

Thanks for liking my obscure taste in music as well (-:

Pat said…
Look forward to and appreciate your daily blog, please keep it up, many thanks
5 August 2020 at 11:19

Jane said…
Thank you for the comments on today's blog post. Not sure it's really about making concessions but more about not wanting to make Ash look or feel foolish but there are certainly things I say only in my head that sometimes may be unprintable.

thanks for the compliment Pete and for making it all so easy for me to talk and talk.