For the past two years nine months I've been in despair at the lack of support in Lincolnshire for those living with dementia and those of us living alongside it.  Today I discovered that there is lots and lots of support out there if you only know where to look and who to ask so now my two big questions are 'why did it take two years and nine months for me to be referred to the person who could signpost me to all of that support and why did it take just one phone call from her to prompt Adult Services at the Council to return my call'?

If you've been following this blog since the beginning you might remember that in December 2017 the doctor at the Memory Clinic uttered the words 'you have dementia so if you go through to reception someone will issue you with a prescription and we'll see you again in 12 months time'.  That was it, no support, no signposting, nothing.  It felt as though we were being sent home to wait for the end and, knowing nothing about dementia, that's what I thought we would do.  Gradually, over the months and years that followed, I found people here and there who could help but nothing substantial and nothing that made me feel I wasn't on my own.  Nicky from the Memory Clinic has been wonderful; I discovered (by accident) that there is a Dementia Carers Support Handbook developed by the County Council but not routinely given out; I discovered that I could have a carers assessment but that I was coping so well I probably wouldn't be entitled to any help; I discovered that there are Admiral Nurses coming into our village but, again, I was coping so well I probably wouldn't qualify and on and on.  At every turn it seemed as though I needed to hit rock bottom and let our world implode before there would be any help.  Well two weeks ago I hit rock bottom and phoned the doctors.  During the conversation I was asked if I'd like to be referred to their 'Care Co-ordination Service' and, when I asked why I hadn't known about it before, was told it was because they usually dealt with over 65s (!!!!!) as though carers under 65 don't exist.  There's obviously lots more to this story but the upshot is that

I think there are other pieces of information too but I was overwhelmed at the time mainly by the fact that there is help out there which I didn't know about that I didn't take it all in but I have leaflets to look through which will tell me what I've forgotten.  Most importantly however I've discovered that there is someone at the surgery who will listen to me if I need her and that is one of the most important things for me right now.
My lesson from this then, and one I want to pass on, is to ask and ask and ask about what's available to support you whether or not you think you need it.  It's so easy, when you're in the middle of everything, to think you are coping and sometimes it's not until everything is falling apart around you that you realise you're not. 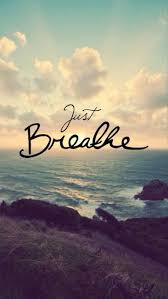 dasntn said…
Where I live, the Admiral Nurses are only working with in-patients at the local hospital, which seems a bit strange and limiting, but I guess it's to help patients with other issues who also have dementia. I guess is all part of the healthcare postcode lottery!
1 September 2020 at 23:14

Frank said…
I have a family member suffering with schizophrenia. I found that there is no help at all. The so called mental health community is nothing but an oxymoron. In the end there was only the sheriff's deputy and giving him over to the street. There is no law against being crazy.

Sue said…
Here in Gloucester it’s taken me 5 years to be pointed in the right direction. My husband is 54 , with Alzheimer’s , it’s taken a complaint to the doctors surgery now have had an OT assessment, been allocated a social worker , been put in touch with the social prescriber from the surgery , even discovered they have a Dementia Nurse ��‍♀️Such a lonely place when you realise daily you are left to deal with everything . Recently had to give up work as it’s not safe to leave my husband on his own anymore , but wow the financial impact is massive ! Not only a massive life change but skint too �� we can’t live like this , my first questions to the social worker when we meet next week is how they are going to support my husband as I need to find a new job , only part time but we need it financially and I need it mentally
3 September 2020 at 07:44

Jane said…
Hi Sue. I gradually reduced my work hours from last April and finished completely at Christmas but think the impact wasn't quite so great as if I'd had to stop suddenly. Same thing emotionally and can only imagine how difficult this is for you. You're right about being on our own and I've only ever heard through this blog of one person who was given help and support from the outset. I've recently applied for PIP and am waiting currently waiting to hear the outcome. If I can get that I can apply for carers allowance to and it also opens the door to lots of other benefits. have you been told about benefits and what's available?
3 September 2020 at 19:11