I'm back and still relishing, you'll be pleased to know, the thought of my few days away.  There were films to watch, books to read and silence to enjoy in a way I can't do at home.  Don't want to get up in a morning? never mind, just stay in bed.  Not ready to go to bed (or actually fancy going to bed early) that's ok, suit yourself.  These are such simple things for anyone not living a life affected by dementia but for those of us that are they're rare and should be enjoyed whenever they're on offer.  This may sound odd but one of the best things was setting out on a walk and abandoning it because it was boring and it had started to rain.  This is something that sounds so easy to most people but with Ash if we've set out to do something we have to follow through because any deviation from the plan causes chaos in his head and that is to be avoided at all costs.

And how did he cope?  Apparently when I'm not here he can make his own morning cup of tea, he can light the fire and he can rake the leaves from the lawn.  At first, when Jake told me all of this, I was soooo cross I was almost spitting feathers, after all if he can do it while I'm not here why not when I am but then I thought about it and there was an explanation for each.  He doesn't ever make the morning tea because he can only cope with making his own not mine and when I'm not here he doesn't have that difficulty to contend with; he can light the fire when I'm not here because however badly he does it he's better at it than Jake so there's no fear of getting it wrong and before I left he was so appalled at my announcement that I was going to buy a leaf vacuum machine that it obviously lodged in his head and he felt a need to rake up all those leaves before I acquired one.  So there you are, an explanation for each achievement that made complete sense when looked at from a different perspective.  There were a couple of small issues but Jake managed to sort out all of them apart from the clothes washing and that one will take some thinking about because when it was suggested that all clothes needed putting in the wash basket ready to go into the machine Ash went into meltdown so Jake quite sensibly abandoned the idea and has now left it to me to work out a way to make it happen another time.  I have some ideas but we'll see if they work.

This is the fourth or fifth time now that Jake and I have swapped houses and we've got better at it each time so if you're thinking of doing something similar just hold onto the fact that it's unlikely to be plain sailing from the off and if it isn't then note what doesn't work and tweak it for next time.  It is possible and you will feel better I promise.  Oh and I had a lovely time taking that new red car on a proper drive instead of 10 minutes down the road to do the shopping! 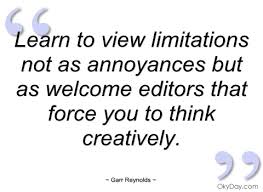 Karen said…
So lucky to get that special time alone. It is very good for your soul and so necessary. Here in the states we are facing a big election. My husband has voted for at least the past 50 years but today he wasn’t sure what a ballot was and had no idea how to fill it out. Each day is a surprise and I always see something else he has forgotten. The strange thing is that it doesn’t bother him at all. He just laughs. Enjoy your new car. You were smart. When I bought my last car I went for a cheaper model and every time I get in it I wish I had got what I really wanted.
1 November 2020 at 04:57

Jane said…
It was a lovely time away and gave me a chance to recharge my batteries. And buying the car was the best thing I could have done. As soon as I get in it and catch sight of the red bonnet/hood I start to smile. Good luck with your election Karen, I think the aftermath will be interesting whatever the outcome.
3 November 2020 at 10:57