A difficult couple of days

This weekend hasn't been the easiest to get through for a variety of reasons, none of them Ash's fault but all dementia related and it seems we're in a new phase so I was taken unawares on a few occasions which means I didn't react well.  Ash is in that difficult stage where he's very much aware of what he used to be able to do and equally aware of what he can't do now and that's very damaging to his self esteem.  It also goes a long way to explaining why, when I brought wood for the fire back from a walk (something I do at least twice a week), he accused me of taking away one of the few jobs he can still do.  I know this isn't him talking and I know he would be mortified if the real him could hear the way the new him talks to me but it doesn't alter the fact that I didn't answer the accusation as I should have.  I didn't murmur sweet nothings and walk away and instead I bristled with indignation and snapped which did nothing other than exacerbate the situation.  Interestingly these episodes mainly seem to happen on one or other of the two days I have fixed for walking with friends and, in the past, I've cancelled and stayed at home to soothe him but however supportive my friends are, when they're driving 45 minutes to get to the start of the walk just so I don't have to travel very far at all, there is a limit to the number of times I feel I can cancel so on Saturday I went ahead with that walk and by the time I got home all was right in Ash's world again and I'd had the cobwebs blown away.  I was however completely exhausted from the emotional toll it had taken and so filled with a resolve to do better in future.  And do better I did so when he managed to delete all the photos on his camera memory card I stayed calm and did what I could to sort out the problem and suggested we uploaded photos at the end of each day, an idea which seemed to go down well right up until late afternoon when he'd had time to think about it and realise that he really didn't want my help with his photos so the frustration bubbled over once again and I was in the firing line.  Today, you'll be pleased to hear, we're back on track again.  Out for coffee this morning where we watched the last market auction before the new lockdown kicks in and he's been fine while I've been out with a friend this afternoon but who knows what tomorrow will bring.  Luckily I seem to be able to bounce back but sometimes it really does feel as though I'm treading a very fine line between keeping Ash happy and keeping tabs on my own wellbeing. 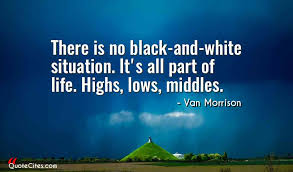 Tehachap said…
Oh, but YES. I didn't recognize this as part of the Alzheimer's/Dementia thing, but apparently it is. I will often take out the kitchen trash and Robert will get upset and say, "I'll get that, just leave it by the door." He always puts the trash cans out on collection day and I run around the house that morning (or the evening before), collecting all of the trash. That's HIS job and I take it away from him without realizing I'm depriving him of something he can still do. Thanks for sharing this... it's always a surprise to see things from a different perspective.
3 November 2020 at 02:30