A life with treats

In a past life if I was thinking of buying something new I'd have at least mentioned to Ash that I was thinking of getting it and he would have had an opinion.  His opinion to be honest wouldn't have made any difference to my decision to buy but I would have told him and he would have been aware of what was arriving at the front door.  Now I consider things by myself, add them to my list and then, also by myself, make that all important decision and sometimes that doesn't feel quite comfortable.  I've been pondering this for a while and then someone emailed me, someone who sends me interesting and supportive emails on a regular basis, and she told me that at times like birthdays, anniversaries etc she now treats herself as her husband used to and still would if he were able.  That made me think again about the treats I'm buying myself.  Only yesterday some friends and I were in the middle of a video chat when the subject of Christmas presents came up and the best way to get the present you wanted from your other half.  I said I used to give Ash a list of things I'd like and suggest he choose something from it to buy me and he would always get me everything on the list not because it was the safest option but because he wanted to make me happy.  He can't do that now but he was really excited about the new car which was nice and made it that little bit more special.  Can't see there's going to be the same excitement about the treadmill and he's being a little resistant to my plan to buy a leaf hoover but it doesn't matter.  If he were his old self he would have smiled and asked when they were arriving and I know that's what's important.  Oh and when I said he would always get me everything I'd put on my list that's not strictly true.  One year Tina Turner was to play the last concert at Wembley Stadium before they knocked it down and I dropped hint after hint that I'd love to go.  Hints along the lines of 'I'd love to go to the Tina Turner concert at Wembley Stadium before they knock it down' so not subtle and I had high hopes.  In the event he bought me a walking jacket which was lovely and just what I needed but not quite what I hoped for.  Think it might have been after that when I introduced the list system which was much more successful. 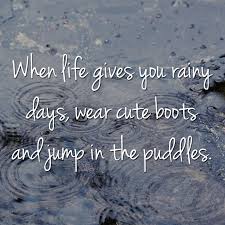