This afternoon I've really felt as though I'm living in a parallel universe.  To understand the whole story you need to know at the beginning that Ash has a Kindle on which he plays endless games even when he's watching endless episodes of his favourite quiz shows.  A few days ago the cover to his Kindle case broke so I ordered another one and that's the information you need to remember.

This afternoon I went to see mum in her nursing home.  They have a brilliant set-up for visiting where we're in a separate part of the building with a plastic screen between us and a carer alongside so there's someone else to talk to if conversation with mum dries up which, if I'm honest, it does quite early into every visit.  So I arrived and was taken to the sitting room while she was brought in by a member of staff.  She was pleased to see me but it wasn't long before I realised that she didn't quite know who I was.  She put up a good pretence but for the first time ever didn't ask about Ash or Jake or the seven year old which you might think was fairly normal for someone of 91 but it was when she asked me where I was living that I was taken by surprise.  We've lived in this house for thirty five years now and she's been here more times than I can count so I think this was her way of looking for a clue as to who I was.  I must admit it shook me a little.  I've become used to her being confused and asking where she is, I never mind when she asks again and again about old friends but this threw me and when I got back to the car and realised I was going home to more of the same I put my head on the steering wheel and took a deep breath before setting off.

An hour later I was home and this is where you need to remember the Kindle cover because it had arrived.  I was thrilled because it was a day early and Ash had been asking about it but, again, I was thrown off my stride when he showed me the Kindle full of pride that he'd been able to set it up and knew where to find all his games.  He was as excited as a child and obviously had no recollection that it was only the case that was new not the Kindle itself.

So currently I feel as though I'm in a pinball machine and ricocheting from dementia case to dementia case while all the time my own life is on hold.  All I can say is thank goodness for my lists and my planning for the future.  Without those I've a feeling I would sink without trace but those lists make all the difference. 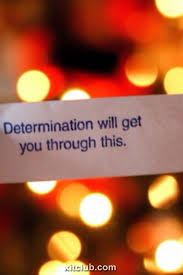