I discovered this morning that sometimes when  I think I'm coping really well and almost surfing the waves of dementia which constitute our life nowadays it's not quite true.  Mark, our wonderful Admiral Nurse, came to visit and asked how we were doing.  He reads the blog so there was no need to go into detail but it did mean that he knew about my blip a few weeks ago (see blog post of 2/11/20) and the row which ensued.  I knew that that particular episode was well and truly in the past and hoped, if nothing else, that I'd learned from it but what I didn't expect was my reaction when he asked me about it.  He asked if there was anything in particular which sparked a less than positive response from me when Ash was being difficult and at first I couldn't think of anything.  These episodes have always seemed random and have usually come out of nowhere but the more I thought about it the more I could see a pattern and the pattern is that Ash sits down for a serious talk and then accuses me of something that seems so unjust that I answer back which is always a bad move.  He then raises his voice to get his point across and that's the point where it all begins to go horribly wrong.  The problem is that in our previous life he rarely raised his voice to me, he was seldom cross with me and we hardly ever argued.  Life was mostly about fun and laughter and we always had each other's backs so the injustice and the shouting are what upset me more than anything and mostly I think because I'm not used to it and am always  totally unprepared when it happens.  So Mark asked the question and to my surprise, instead of glossing over it as I usually do, I found myself not only telling him but saying it with tears welling up in my eyes. It's not the end of the world and I have high hopes that, having recognised the problem, I can manage to overcome it when it happens again but the conversation this morning was a view into my world I hadn't had before and it was an odd feeling.

On a positive note Ash showed first thing this morning that his sense of humour hasn't totally deserted him when, on noticing me getting the hoover out, the first thing he asked was 'are we expecting a visitor?' 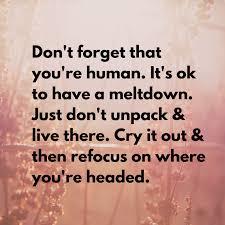