Is this the way to make a cup of tea?

If you share your life with dementia you may find yourself taking note of the smallest of changes in your loved one which will probably be unnoticeable to the outside world.  You've all heard about the pork pie episodes (and by the way I found one in the cupboard the night before my weekend away and another one two nights ago) but the other thing that plays on my mind is the way Ash has taken to making a cup of tea.  He was always very particular about his tea, making it in a pot, leaving it until he had the full flavour and then pouring it into his favourite mug.  Now he still makes it in the teapot but he uses water from the kettle without necessarily boiling it then pours it straight away into a mug which goes into the microwave for heating up before being poured into an insulated mug and then taken away to be drunk.  If he forgets to drink it he just puts it back into the microwave for reheating.  Now I'm not particularly interested in how my tea is made and friends will tell you that, for me, it doesn't even need to be a particular colour as long as it's hot and has plenty of milk in it so you can see that I'm not an aficionado but even I can tell that Ash now has a very odd way of making a cup of tea.  I've also noticed a change when we go out to a cafe which we've been doing almost every day for a few weeks now.  Yesterday he poured the whole jug of milk into the cup, topped up with tea and proceeded to top up the cup after every couple of mouthfuls.  Again a small but significant change to something he always used to insist on being done properly and a change which shows more than anything the move away from the person he used to be in the definite direction of a complete stranger which is something I'm still struggling to get used to. 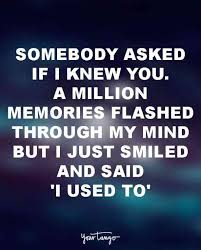 Tehachap said…
Oh yes... so many times each day, we watch our loved ones change before our very eyes. Blessings to you and Ash... hold tight to the love you share.
4 November 2020 at 21:09

Karen said…
It is hard to watch them forget something that is such an integral part of their history. At the same time it is important to have them do as much as they can for as long as they can. I just realized my husband has forgotten to eat an apple with his lunch. I don’t pay attention to what he eats because it has been the same for 40 years. Soon I may have to step in and do it for him. He is so slow when he fixes lunch but it fills his time and makes him feel productive. Ash is so lucky to have you. Some days I am so snarky that my husband is not lucky to have me😢
5 November 2020 at 17:21

Jane said…
Don't ever start to think I'm some kind of saint because I promise you I'm not Karen. There are days when I snap at him and there are days when I cry and cry but mostly I find that if I can keep on top of it all then it's manageable and if I keep my eye on that light at the end of the tunnel then I find hope. Think you might like today's post as it's on exactly the point you make about having them do as much as possible for as long as possible.

Tehachap, you're so right, we can see them fade before our eyes and the only way I can deal with that is to hold on a little to the memories of who he used to be.
5 November 2020 at 17:42