Keeping up with changes

You may remember that I came up with a system to make sure Ash changed his clothes on a regular basis and that system involved three identical sets of clothing so he didn't have to worry about making a choice and then every other night when he was in the bath I would scoop the dirty clothes up and drop clean ones in their place.  This worked perfectly until Jake came for a prolonged stay of four days.  He was happy to do the washing but when he suggested to his dad that he put his dirty clothes in the wash basket ready to go into the machine the suggestion didn't go down well.  I have no idea exactly what happened but the clothes definitely didn't get changed and the washing definitely didn't get done so changes had to made ready for the next weekend I have planned.  I began by carrying on with the scooping up of dirty clothes but left Ash to find clean ones for himself and then Jake suggested more sets of clothing so that we could get into a new routine of putting everything in the wash every night.  Replicating the trousers wasn't a problem but the sweatshirts had been bought in Florida when we were there nearly two years ago and were no longer available so I scoured the internet for a couple of days until I found something almost identical and ordered three then waited with baited breath to see whether Ash would accept them or not.  You'll be pleased to hear I'm sure that not only did he accept them but he put one on the very next day and made a joke about his new clothes.  So there we were with five identical sets of clothing and possibly ready to go on introducing a new routine except that I'd noticed he'd begun to get anxious in a morning when he had to find his clean clothes so there was obviously a problem to be solved there but what on earth could it be?  It turned out that there were still clothes in the cupboard that he no longer wore but they were jumbled with the stuff he wears every day and, although everything might be black, it wasn't exactly what he wanted so yesterday I set to and went through his one drawer and three shelves in the cupboard and cleared out everything I know in my heart he will no longer ever wear.  Out went the shorts that I like but that aren't the ones from Screwfix he now wears, out went the one polo shirt that I like but that isn't black, out went the socks that he wore with smart shoes that go with the suit he's never going to wear again.  I threw out ties and shirts and jackets and all the other items of clothing from a previous life almost without a second thought; I was completely ruthless until I came to his bow ties.  Very occasionally we were invited somewhere which involved dressing up whether it was to friends for New Years Eve or a Casino Evening in the village or a fundraising ball organised by a local charity.  Ash used to scrub up very nicely and would get his wing collar shirt out and find a bow tie but the thing about those bow ties, the thing I'd forgotten, was that the choice was between electric blue or bright green.  No staid black for him, at that time he wanted colour in his wardrobe, and that really was him.  So for now the bow ties are tucked safely back in the drawer along with the purple, yellow and blue tassled ski hat, a reminder of another time and another life. 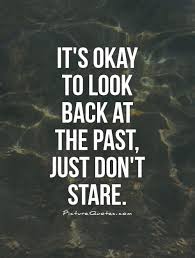