Do you ever look back on your non-dementia-affected relationship and wonder if your memories are quite correct?  Do you think you might be imagining that things were wonderful and that the person you now have in your life couldn't possibly have been that amazing before dementia got in the way?  I do that sometimes.  I look at the man in front of me, the one who's become old before his time, the one who, despite my best efforts, is almost permanently anxious and I wonder if I've dreamt about the life we had.  The man I think about could make me laugh from the minute I woke up to the minute I went to bed; he was so full of energy I could become exhausted just watching him; he rarely stressed about anything; if you needed a hand you only had to ask and he'd be there; he was up to any challenge I, or anyone else, set him and he was always ready for the next adventure.  All of this disappeared drip by drip until he became someone I didn't recognise but I had no idea it was happening until it was too late to hang on to the memories and I was left really wondering whether that man from the past was a figment of my imagination.  Then one day I was at work and phoned home for some reason.  Ash wasn't there but the answerphone was ready to help out and I found myself listening to that very real him, the one from the past with the energy, the vitality, the fun in his voice and I almost dropped the phone.  I felt as though I'd been kicked in the stomach and I had to hang up and get away from everyone before I howled out loud.  After that, for a while, I phoned home every so often just to listen to him and remind myself how life used to be, to remind myself of a time when he noticed me, when he wanted to be with me and when he thought I was the best thing in his life.  I haven't done that for some time now and I've got so used to this new man in my life that I rarely think of when things were different.  I've also become very good at battening down my emotions so that it doesn't hurt and I've pushed the memories away but sometimes one sneaks in and I remember but with that memory comes the question 'was he like that or has he really always been like this?'.  Today I was chatting by video to my very oldest friend who has known Ash since the beginning, since he burst into my life as a teenager and sent my world spinning round and round.  She's seen him on video chats before but never for very long and always when another friend has been on the call and the screen has been split in three.  Today the two of us were chatting when Ash wandered through and joined in a bit, he also stayed and came up with several reasons why he couldn't possibly rake the leaves off the lawn this morning then he wandered out again.  A little while later the friend who's known him forever commented on how he looked old, how the energy had gone out of him and how his laugh had disappeared.  We talked about it a little because she wasn't sure she should have mentioned it but it was such a relief to know that I hadn't imagined the old him, he really did exist and all those lovely things about him really were there.  The best bit is that I had nearly forty years of that person in my life, the one who was crazy about me, the one who told me he loved me every single day and I wonder how many people can say that. 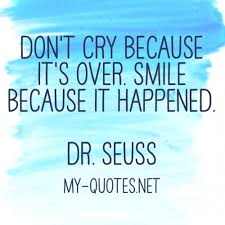 Lorraine said…
As you'll know, Jane (and I'm sure I'm not the only one) I follow your blog religiously as your story mirrors my own. While we didn't meet as teenagers, we've been together for 40 years, 38 of those as a married couple and every aspect of what you've detailed today could be attributed to Chris. I haven't yet reached your level of acceptance as Chris was only diagnosed (officially, although again, like you, I'd suspected for some considerable time before) last June and still rage against this 'new' life and man. The thing that does reassure me, though, is that I KNOW that Chris really was that wonderful man who adored me and, as you've said so succinctly, how many people can say that? Keep up the good work, your cheerfulness gives me hope that I won't always be such a grouch!
6 November 2020 at 18:13

Brenda said…
I too remember Ash in his much younger days, he was such a happy fun loving person but when I met him again a few years ago the Ash that I remembered had already started to age and fade away, unlike when I met up with you again the other year you hadn't changed at all you were just as I remembered from our school days.

Jane said…
Lorraine, I am still a grouch sometimes but I try and avoid it whenever possible because I find it only makes my life more difficult.

Brenda, that's interesting because the time you're talking about was way before we ever suspected there was a problem at all never mind one called dementia. It's odd how we never see what's right in front of us.
8 November 2020 at 16:59