How was it for you?

How was your Christmas?  Did it go in a flash?  Was it quiet but nice?  Did you get out into the fresh air?  As you know I thought I had it mostly under control but am sure you won't be surprised to learn that I didn't have quite as much control over my emotions as I thought I had.  Christmas Day was ok apart from the gaping hole in my life that became apparent once again when I suggested Ash helped me with the present wrapping.  Not too much to do but he's always been the present wrapper extraordinaire and I'm rubbish at it.  In the past my role has been to place the sellotape exactly as instructed and nothing more, last year I did the wrapping but Ash supervised, this year he wanted nothing to do with it and that was one of those things which showed how much everything's changed.  So Christmas Day went without a hitch partly I think because after last year I had such low expectations but then, having got through the big day, I found yesterday quite emotional as I remembered Christmases gone by when Ash led the charge on the festivities.  Not only did he wrap the presents he also delivered the cards; provided breakfast of smoked salmon and scrambled eggs served with Bucks Fizz; cooked lunch if we were at home or prepared our contribution if we were at friends; made the mulled wine; bought me present after present of things he knew I wanted and generally made sure everything was as it should be.  Ash's greatest effort went into filling Jake's Christmas stocking.  In the beginning this was filled with lovely small gifts that we thought he'd like but as Jake grew into a teenager the contents of the stocking became more and more bizarre until in the end it was full of logs, empty wine/beer bottles, lumps of coal and any other random item Ash could lay his hands on.  It became a standing joke with Jake waking every Christmas morning eager to see what weird things were there for him to find.  This year when we woke up I turned to Ash and said 'Happy Christmas' to which he replied 'oh yes it's the 25th isn't it' and that was it.  I hadn't expected any more than that luckily but it does show the difference between 'before Dementia' and 'now'.  'Before' was full of joy and laughter whereas 'now' everything is reduced to the everyday and I do find that sad.

So what do you do on Boxing Day when you're living alongside dementia, when you're feeling sorry for yourself because you know you can't change anything, when you know things are only going to get worse and when you know there will be no new Christmases with him to look back on with a fond eye?  You get the treadmill out, put the Amalfi Coast in Italy up on the screen in front of you and walk the 'Path of the Gods' for an hour and a half in the sunshine while listening to an interview with Graham Norton.  It really was amazing how much better I felt at the end of it and just showed me that the way I'm feeling really is a case of mind over matter.

I really hope your Christmas was ok and that you got through it in one piece because, when dementia's in your life, that's not a given is it? 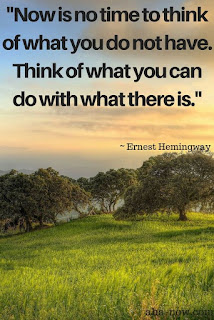 Anonymous said…
This was the second Christmas that my husband did not engage with. Last year was easier the house was full of family, this year it was just the two of us as family all decided we were safer if none of them visited.
We have had Christmases alone before but this was the hardest - I went for a long walk and ate far too much chocolate
27 December 2020 at 21:56

Dr2n said…
I love your choices. And you helped me a lot today. I blame myself for telling my hubby several years ago that I didn't want to have sex because I was menopausal and miserable. Since then no sex, no presents from one who used to get me everything I ever could have wanted, no interest in holidays or festivities. Today I realized that most of this is the natural progression of his impairment. So I'm off the hook!! I feel so much better. Thank you, thank you, thank you!!
27 December 2020 at 23:04

Jane said…
I think Christmas is probably always going to be difficult just because everything looks so normal from the outside but inside is a completely different situation however it helps so much to know that others are going through exactly the same emotions. It also helps, a little, to remind myself that Ash can't help it.
28 December 2020 at 20:01

Anonymous said…
Christmas has always been difficult for me, and this year is was no different, just glad it’s over. My husband has never been keen on celebrating any holiday, and has never done anything special for it. This year was more of the same, and I had little energy to do anything. In addition to the dementia, he has end-stage emphysema and heart failure, and lately it has taken a lot for me to just put one foot in front of the other. Your blog has helped me so much, and I love the way you are able to try and find and follow through with something positive. I have added Teepa Snow, and shared Contented Dementia with friends. Teepa is quite a gift. Thank you Jayne.
29 December 2020 at 17:18

Jane said…
You're very welcome. I think I look for the positives wherever possible just because I hate the way I feel when I'm miserable. Christmas has been difficult this year and I admit I've struggled but today I woke up and knew I was starting to feel better so now I'm looking forward to what the New Year has to bring.
29 December 2020 at 21:43