Someone today suggested diet as a way of slowing down the development of Ash's dementia and it got me thinking.  When he was first diagnosed my brain went into overdrive and I researched supplements, diet, exercise, brain training, everything I could lay my hands and eyes on.  I bought bottles and bottles of Turmeric, potassium, magnesium and a whole host of other things so that Ash was on 11 tablets every morning and more at night all in the hope that they would help.  But help how?  Did I think they would reverse what was happening to him, did I expect that a magic wand would be waved and it would all disappear or did I think it would just stop the 'rot' of his brain at that particular point?  I have no idea I just couldn't bear the thought that I would lose him.  Now however I realise, as I've said many times before, I'd already lost him and way before that diagnosis so what would happen now if I could delay the inevitable?  Currently I share my house with a stranger, he's not Ash, he isn't now even a pale imitation of the person he was and he certainly isn't a man I would have chosen to spend my life with so the thought that this would be it for the next twenty years or more fills me with dread.  If I could slowly reverse it all what then?  I'd still be living with someone I didn't know and how far would the reversal go, how long would it take?  If I could snap my fingers and go back to where we were in 2011 would I do that?  In a heartbeat yes, but if I could use diet to take him back to the man he used to be would that be good for the two of us?  There I'm not so sure.  The thing is that, once upon a time, we were so right for each other.  To be honest on paper we didn't have much in common;  Ash's very favourite way of spending a miserable day was to get the waterproofs out, put the dog in the car and drive to the hills for a good eight hours of walking in the pouring rain whereas my idea of heaven in those circumstances was/is to curl up in front of the fire with a good book but the thing was we were both so confident in ourselves and each other that we either compromised or, more likely, did those things separately.  We were very different individuals but we had such a connection that the differences didn't matter.  Dementia however has changed me just as much as it's changed him and I'm not entirely convinced that the new me would have been right for him any more than the new him is right for me now.  I used to lean on Ash a lot; I relied on him to be my rock, to sort out my problems, to make me feel good about myself, to tell me when I was about to do something stupid, to be proud of me when I did something good and in turn the fact that I needed him for all of that made him feel good about himself.  Now I've become a whole new person who can stand on her own two feet and manage her own life and I'm not sure how the old Ash would feel about the new me.  And there you have it.  If I could turn the clock back completely of course I'd say yes because being married to the old Ash was always an adventure and one which was full of fun, energy and joy but that's not who he is any more and it's not who I am either.  I'm not sure people looking in on this dementia affected life realise that it's not just the person living with dementia who is changed, everyone around them is changed by the experience too and if I'm honest I'd say there's no way back from it. 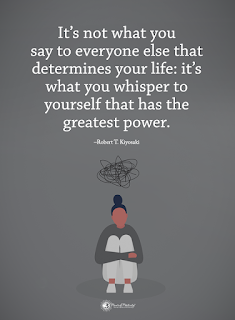 Jane said…
I hope say because sometimes it's hard to say exactly how I feel but there's always the feeling that I might just not be on my own in thinking things like this.
10 January 2021 at 20:32

Tehachap said…
I remember when friends would send me e-mails with all the advice about vitamins and other things that would/could reverse Alzheimer's. I didn't know what to say other than "Thanks!" I didn't believe in any of it and still don't. I do believe the medications my husband is taking ARE making a difference and I'm so very grateful for them. I know where this is going to end, and I know there's no choice once you get on this path in life. It's important to remember the good days and not judge the times when life is less that perfect. Thanks for posting...
11 January 2021 at 00:30

Jane said…
It thin that strategies have far more effect than diet in Ash's life right now and those, along with his medication, help keep him comfortable and happy. I'm not exactly sure, even if changing his diet helped slow down the disease, what the benefit could be. As you say we know exactly where this is going to end and I'm not sure I want to delay the agony but only those of us living alongside it know how much agony there is.
12 January 2021 at 17:11