February 09, 2021
Yesterday, due completely to circumstances which are too long and involved to bore you with, instead of joining Ash in bed for our usual early morning cup of tea I took his up and then came straight back down again.  The result of this was that the tea didn't get drunk or the tablets taken at their usual time but Ash himself had the brightest start to a day that I've seen in a very long time.  It was so lovely and made such a difference to both of us that I thought I'd try a change in routine.  This morning I got up early and came downstairs as usual but didn't disturb Ash at all, instead leaving him to sleep as long as he wanted.  The result? a completely, relaxed and smiling husband who wandered downstairs just before 8am to make himself a drink.  A very, very good beginning to this particular Tuesday but then things just got better.
A couple of years ago we had a new programmer fitted to the oil boiler with the heating set to come on at 7am every morning except, for some reason, Friday and Sunday when it switched on at 6am.  That was mostly fine before but now I get up at 6.30 every morning to make sure I'm ahead of the game and ready for all that life sees fit to throw at me.  Five out of seven mornings then the house is freezing when I come downstairs and with snow outside it's been even more difficult to haul myself out of bed.  This morning, after a particularly cold night, I decided enough was enough, searched out the instruction booklet I've never before been able to decipher and set to.  I moved everything out of my way, wellies, ironing board, walking boots, coats and all the other items that seem to have piled up around it, opened the booklet at the appropriate page and forced myself to focus.  In the past I would have scanned the page, felt my eyes begin to glaze over and then handed the job to Ash who would have sorted the problem in a flash (in fact that's not quite true because if he hadn't been taken over by dementia there wouldn't have been a problem in the first place) but I've had to grow up and I'm so happy to be able to tell you that I've reprogrammed the boiler so that now I'll be able to emerge from my bed into a warm house every morning not just the two of old.
It doesn't stop there however because I also sorted out the sensor on the oil tank.  For weeks a little red light has been flashing which usually indicates we're running out of oil but I knew we weren't so looked it up and it appeared that the battery needed replacing.  A couple of weeks ago I'd looked on the oracle AKA Youtube but my eyes had done that glazing thing again and I'd left it, hoping that the problem would go away but of course it didn't so this morning I decided once again that I had to be a grown up and focus.  Someone had given me a YT link to look at but it wasn't quite what I needed so I gritted my teeth, cleared the snow from the tank and looked more closely then went inside and got the video up again.  Suddenly it all began to make sense.  I disconnected the sensor got the batteries out, replaced them, screwed the sensor back in place and, 'Voila', everything is working as it should and we'll be safe from running out of heating oil.
So all in all a pretty good day and I think I might present myself with an award for competency in skills never before needed. 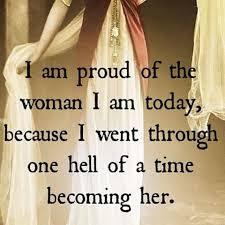 Tehachap said…
Nice bedroom and it looks very refreshing/relaxing! Thanks for sharing! p.s. our eldest came over today and managed to get the treadmill back down to a level position so it can be used again. I did go for a walk with Robert -- to the mail box and back -- about 4 blocks. It was cold and damp so it made for a painful walk, but I did it.
10 February 2021 at 07:58

Jane said…
I used to hate getting up early and could lie in bed until lunch time given the chance but now I love the 6.30 wake up as it gives me around an hour and a half to myself before I have to get my brain into gear.
11 February 2021 at 15:41

Carol S said…
I understand about the need for time to yourself. I guess I do it the other way around and go to bed an hour or two after my partner. At the moment he gets up before me and gets his own breakfast. Guess I might have to change things if that’s no longer possible. Making this up as we go along really.
12 February 2021 at 13:27

Jane said…
We're all making it up as we go along Carol aren't we. Ash mostly gets his own breakfast but the odd time I've had a lie in and got up after him his stress levels are through the roof but, as you say, everything changes and we have to change too.
15 February 2021 at 17:38