An odd couple of days

It's been a very strange time in dementia land over the past couple of days.  My new mattress arrived which became an adventure in itself when the delivery man took one look at the bed and announced it didn't look as though it would fit and it really didn't but I suggested we try anyway and then pushed it and prodded it, heaving a great sigh of relief as it settled into place.  Next job was to get the plastic wrapping off and replace it with my lovely new bedding until it was looking very beautiful if a little high.  This mattress is probably twice as high as the one that lived on the bed before and I realised that when I went to bed I was going to feel as though I was in the middle of a fairy tale ('The Princess and the Pea' in fact) but it really didn't matter, I was going to be comfortable and no longer feel as though I was 'going without' for Ash's sake.  A friend said a while ago that she didn't think I'd ever be a martyr and it's definitely not a role I take to easily so this was brilliant.  A comfy bed with luxurious bedding in a beautiful bedroom, what more could I want?   I had wondered how Ash would take to the delivery of a mattress for the 'spare' bed but I really should have known that he wouldn't think anything, it was just something else I'd ordered in these times of Covid and nothing to do with him.  Then last night as we were going to bed he looked in the room and said 'you're going to have to be careful you don't fall out of your bed, it's a long way down'.  That was an odd moment.  Only a couple of weeks ago I was sneaking in there after he'd fallen asleep and now he wasn't even questioning the situation.

So that was yesterday.  This morning, after a very comfy night, it was the usual routine until I went upstairs to get dressed. For the past few weeks I've noticed Ash trying not to look at me when I've been in any state of undress - bath time, bed time, etc - but this morning he came upstairs while I was in the bathroom and shouted out to ask if I was decent before he walked in.  To understand how weird this was for me I'll tell you about a holiday we had in Corsica.  We were there for two weeks and the temperature was in the high 30s every single day.  We had an apartment on the 2nd floor of a building right at the top of the citadel which meant a steep climb back up from the town at the end of the day and there was no air conditioning so by the time I'd trudged up the hill and climbed those stairs I fell into the apartment, stripped off all my clothes, switched on the fan and stood in front of it completely naked.  Ash said at the time that it was the best holiday he'd ever had!!  Now he wants to make sure I'm dressed before he walks into the bathroom.  I've no idea who this stranger is now sharing my life but it's certainly not Ash.

Those then were two episodes which showed me how dementia is taking hold at an ever increasing rate but then there was another event which I thought I could anticipate but where he took me by surprise.  I said I was going into the garden with the chainsaw and might need him to carry the log basket in when I'd filled it at which point he went in search of his gloves and followed me to the wood pile.  I was dreading this because I always feel I'm going to get it wrong and that he's going to tell me how I should be sawing, chopping and splitting but instead he watched quietly and seemed to have no idea what needed doing or how until, that is, I found a particularly huge log which I couldn't seem to get the chainsaw through.  At that point Ash stepped forward, asked for the chainsaw and then proceeded to show me exactly what to do.  He was careful and methodical so I watched and learnt because I realised that this might not happen again but we were both pleased with the result and it was a glimpse of the skills he used to have.

So dementia doesn't progress in an orderly fashion, there's no rhyme or reason to the events of a day and being flexible is the only way forward.  All of which goes some way to explaining why this particular girl is going to come out the other side a changed person and one that many won't recognise. 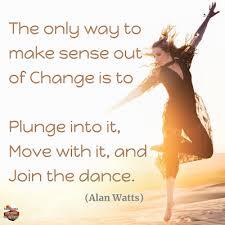 Tehachap said…
"Out of the blue" are our bywords these days. Last night as Robert was going to bed, I said I had the birthday cards made out and ready to mail today. He said, "Why?" I said, "Because your son's birthday is day after tomorrow and your grandson's birthday is in another week." He then asked, "What month?" I said, "This month--February." He replied that he knew 'the little guy's birthday was the 3rd' -- the little guy being our younger son, who is going to be 51 in April. I was just speechless at this point, so I kissed him goodnight and told him I would be along as I turned out the light and shut the bedroom door. Blessings to you ...
18 February 2021 at 02:08

Jane said…
I know that feeling. I used to feel as though the ground was shifting beneath my feet every time something like that happened but am beginning to get used to it. I also find that, now I'm in my own room, I'm sleeping better and as a consequence am able to cope better. It's just that it's sometimes hard to know when reality is going to be there and when dementia has taken it's place.
18 February 2021 at 15:54