Making the best of life

When Ash was first diagnosed I found it very difficult to rise above the dull feeling I carried with me everywhere I went but then I found a facebook page called 'Power of Positivity' which became my go-to support on very dark days.  There was always a positive quote, a meme, something to make me focus on what was good about my life and I felt better.  Eventually however it all became very irritating.  I'd be confronted with something telling me how to improve my life and often I was told to walk away from the situation which was making me unhappy.  Now that's very good advice if you're in a bad relationship, a job you hate, a place which is making you miserable but what if you can't walk away, what if walking away is the very last thing you would do even if you could?  I couldn't walk away from this dementia affected life, I couldn't escape and there was no way I would leave Ash to fend for himself so I became cross and wanted to shout that leaving wasn't an option so what use were those wonderful quotes now?  Over the last year however I've realised that, although physically leaving isn't possible, what's absolutely necessary in order for me to survive all of this is to work out how to make the best of what I have.  A few years ago Ash and I went on a camping trip to the mountains in the south of France.  The idea was to be away for a month, taking our time to get there and back, and to have an adventure.  When I tell you that the truck blew up on the motorway three days into the trip and that we didn't get it back until the night before we were due at the ferry port three and half weeks later you might guess what an adventure it was.  Not only that but every single thing that could go wrong on that holiday did from being towed to a toll point somewhere in France but with no idea where and no-one who spoke English to tell us, to getting stuck in a multistory car park because we misjudged the height of the minibus we'd hired to get us, along with the camping equipment and the dog, to the campsite in the south, to having to drive through the night to reach the ferry because the truck took longer to fix than anticipated and on and on.  So a holiday that was meant to be a chance for us to relax and escape from the world became something which had the potential for huge amounts of stress but something happened to us on that trip.  We've always been optimistic, always thought about life as a fun way to spend our days, and that attitude paid dividends on our accident and incident prone holiday .  Instead of being despondent because yet another disaster had occurred. at the end of every day we listed all the ways things could have been worse and every single day we discovered they could have been much, much worse and were able to laugh about it all.  I didn't realise it at the time but that ability to analyse how much worse life could be at any given time has helped me through all of this.  It might not have happened from the very beginning, and it might not happen every single day even now, but I think I can safely say that I recognise how much worse life could be than it actually is.  And just to prove my point the topic for today's post came to me this morning while I was walking on my treadmill from Venice Beach to Santa Monica https://www.youtube.com/watch?v=UTp5U7MgTiw lapping up the sunshine there while looking at the rain through my window here.  If it hadn't been for dementia I'd never have thought of that very satisfying way of getting and keeping fit. 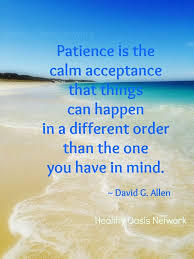 Tehachap said…
Attitude is 99.99% of happiness in life. We have the power to either be happy or be sad if life is handing us lemons. I save every one of your quotes and have joined the Power of Positivity site. Thanks!
15 February 2021 at 21:20

Carol S said…
I so agree. Happiness isn’t really about what is happening in our lives - we can choose how we view them. I’ve joined the site just now too. Thankyou.
22 February 2021 at 00:05