Not so much a total discovery which came out of the blue but more a gradual realisation which formed into a solid idea today.  In his previous life Ash was the most capable man I knew; he was always busy, always on the go and always looking for jobs to do and some of that has lingered into this new life we're now living.  The difficulty is that he's no longer able to do the things he used to do and most of the time he can't figure out what needs doing anyway.  A few weeks ago he asked me to write him a list of all the jobs required to keep the house intact and, stupidly, I took him at his word.  He took one look at the list and, overwhelmed, put it down on the table and walked away.  Quickly realising my mistake I picked up that very long list and replaced it very quietly with a much, much shorter one which seemed to help and a couple of the jobs got done but then I forgot all about it.  Today Ash kept asking what he should be doing and I had no idea what to say.  Whatever suggestion I came up with was met with irritation or a complete rebuff but he still obviously thought he should be doing something so I found a piece of paper and wrote down two fence painting projects.  Both were small so not overwhelming and he could choose between the two.  His face lit up as looked at that very short list and he clarified one or two points before announcing that he was going to get started straight after lunch.  He hasn't of course but the jobs weren't the point, what was important was his feeling of being able to play a part in making the house look smart again and it's the feeling that he'll remember not the action.

My other realisation is that, if Ash is struggling with life and his place in our relationship, all I have to do is make a batch of cheese scones.  I don't eat them so when I make them he knows I'm putting myself out just for him which let's him know that he's loved and cared for however bad he's feeling.  It's one very small thing which takes no more than 30 minutes but makes all the difference to him and I like that just as much as he does. 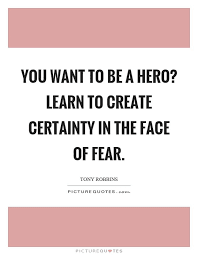 Tehachap said…
Kudos to you for realizing that the 'to do' list was intimidating to Ash, and for giving him something else that he would be capable of doing (whether he actually followed through or not). We all need a purpose in life. It's like Robert's buildings that remain on the dining room table. We both know they're there and unfinished, but I don't say a word about them. I don't care if they never get finished as long as he feels like he's still able to create things for the railroad and is happy. Blessings to you and Ash...
14 April 2021 at 03:56

Jane said…
that's the thing isn't it? It's not the 'doing' that's important it the 'feeling of doing'. As long as Ash believes he still plays an important part in this relationship he's happy and if he's happy then my life is better so it's a win:win situation.
15 April 2021 at 22:08