Can't believe it's been a whole week since I posted on here.  That's not like me and thank you to all of you who checked up on me while I've been away from the blog.  My Easter weekend was a little up and down and then I lost momentum for a while but back now and raring to go.

There were a couple of low points to the week which I've put behind me but the real high point came after a difficult conversation with my mum.  I came off the phone and cried but suddenly, out of nowhere, the old Ash appeared, put an arm around my shoulder just like he used to and told me everything would be ok.  It seems that some of 'my' Ash still remains even if he is buried deep inside himself where I can't find him.

Then today we had the first attempt with a carer.  It's taken a bit of arranging and I wasn't sure it was going to happen which is why I didn't tell you but L came today with a cover story of wanting Ash to be part of a study the memory clinic were doing on how people with Young Onset Dementia spend their days.  Some of you may think I should have told him the truth but, as a friend pointed out recently, rather than lying I should look on it as removing the uncertainties from his life.  I tried once before telling the truth about the possibility of someone coming in to be with him while I wasn't here.  It took days to get him back on track with nothing gained in the process so I thought I'd see how this went and, although it wasn't a completely smooth process, it didn't go too badly.  Ash isn't the most sociable of people and a couple of times he got a little agitated because he felt he had to make conversation but she was really good and came out of the way when she saw he didn't want her around.  She and I talked about what we could tweak for next week and I really think it's going to be ok.  The session ended with the two of them taking the dog for a walk and when they got back he said that if she brought her wellies next week he'd take her out on a different walk where they might get muddy.  I really, really don't want to mess this up so am taking it very carefully and one step at a time.  Keep your fingers crossed for me that it works. 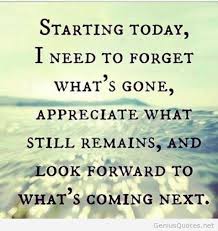