It's a new day

Today I decided to mow the field at the front of the house.

When we moved here, nearly thirty six years ago, the field was a bit of a wasteland then Jake grew up a little and Ash mowed a wicket in the middle of the field so that he and his friends could play cricket.  Gradually that wicket got bigger and bigger until Ash decided to mow the whole field and he carried on with that for years and years and years, right up until dementia started to take hold and he often didn't notice the length of the grass.  At that point our lovely neighbours took over keeping it tidy, firstly pretending they were helping Ash but then just getting on and doing it.  That's been going on for three summers now and has worked brilliantly, Ash is happy the tradition of keeping the field tidy is carrying on, a younger generation is getting involved and he's been fine with it all.

So I didn't need to do the mowing but I've being eyeing that space up, along with the church yard next door, for a while with a view to using the mowing as a way of getting fitter.  All it needed was a little determination on my part and I'd be off.  The main problem was the mower.  You may remember that I bought a small, cordless mower for the lawn because every time I tried to use Ash's large mower I ended up in the flower bed the minute I pulled the lever into the upright position.  I was slightly nervous of that mower, it seemed to have a mind of its own and obviously felt a need to show me who was boss each time I used it so I'd left it sitting quietly in the shed for the last two summers and used something more my size.

Today however I was feeling energized and confident that I could go into battle with the mower and come out the other side victorious.  What I wasn't sure I could do though was start the thing.  It has a cable you have to pull and pull until the machine bursts into life and I've never been very good at that sort of thing.  I mentioned casually to Ash that I thought I'd have a go at mowing the field but wasn't sure I was strong enough to get the mower started and then sat back and waited.  It didn't take long of course before he was out there showing me just what to do.  He got it going, handed it over and left me looking at the vast expanse of grass and wishing, just a little, that I'd never thought of it.  But of course I had and now had to just get on with it.

I have no idea how long it took me but I walked up and down the field in a little world of my own; the stripes were almost straight; the edges were left just as he used to leave them, a little ragged but in their natural state; and the pile of cut grass grew and grew.  There was one sticky moment when I did my usual thing of not thinking things through properly and I almost toppled backwards down a slope where the mower would have landed very heavily on top of me.  I managed to avoid that and finished with a neat and tidy field which is our view from the kitchen window.

The interesting thing here is that usually, when anyone else has mown that field, Ash hasn't been able to stop admiring it.  Every time he's walked through the kitchen and looked out of the window he's commented on what a good job has been done, how pretty it looks and how lucky we are to live here.  Today, when I've been the one to transform the view, it hasn't been mentioned.  This is the man who was proud of everything I did, who never failed to tell me he thought I was amazing and loved it whenever I mastered something new.  I have no idea who this man now sharing my life is but he's certainly not Ash.

Luckily I'm learning to be proud of my own achievements and to be able to pat myself on the back when I've overcome my fears and feelings of inadequacy.  It's no longer the end of the world when the person who used to be more proud of me than anyone else in the world fails to notice me but that doesn't make it any less sad.

However, to finish on an 'up', I did master the big mower, I didn't give up when I got out of breath, the view out of the kitchen window is lovely and I've done just under 10,000 steps on my Fitbit as a direct result of that mowing. 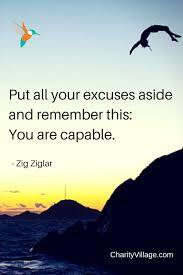