......... seems to be working out.  The first step was to get outside carers involved so done that and learnt lessons along the way.  The biggest lesson of all has been that Ash is not the person I used to know and love so, consequently, I now have no idea what's best for him.  At the beginning of the carer search I was adamant that whoever it was had to be male and close to Ash's age because I knew that's the kind of person he'd relate to.  A friend who has far more experience of this than I do told me that I might be surprised but of course I knew better; only it turns out that I didn't and the carer who's working out rather well is a thirty five year old 'girl' (from my perspective) who manages to get Ash to talk, get involved in baking activities and instruct her on their daily nature walks.

And so to this week which was the second step in the plan.  I'd decided I needed to leave Ash for longer and get him to the stage where he wasn't reliant on me.  There were several reasons for this but one is that my mum is getting more and more frail and has frequent falls.  I've wondered before about what I'd do if I needed to go and be with her because what would I do about Ash?  This was part of the solution.  It's no good waiting for a crisis to happen, you have to be prepared and, as my friends will tell you, I do love a good plan.

The last two days then have been ten hour ones with the first covering breakfast time and the second tea with fish and chips from the van that comes to the village once a week.  The days were planned deliberately because Wednesday fish and chip takeaway is Ash's favourite meal of the week.  He knows his role in it all (table laying, making the pot of tea, warming the plates .....) and I thought he would be happy because he'd know more of how it all worked than L but there were no guarantees and so I did hold my breath a little.

Tuesday morning went well.  I told him at 6.50 that mum wasn't well so I had to go and see her but L was on her way and would get his breakfast which he was surprisingly calm about.  She arrived and the next thing I knew they'd both gone out with Max the dog for his early morning ramble around the church.  I thought about waiting until they got back before I left for my day out but in the end decided to just go.  I got home just before 4pm to discover they'd done more baking and had had a lovely day all round.  Neither L nor I mentioned the next day.

Wednesday was trickier because the first thing Ash asked me when I took him his cup of tea was whether we were back to normal.  I said yes because if there's one thing I've learned it's that to give him too much notice of anything at all sends him into turmoil as he becomes more and more anxious.  So I gave that 'yes' answer and went downstairs again.  The problem came when he announced at 9.45am that he was taking Max for a walk which was 15 minutes before L was due.  I didn't know whether to say anything or not but thought I should only it didn't go down well and he immediately went to the fridge to look for something to eat and then stamped around the house and snapped at me.  Luckily L was on time but as soon as she came into the kitchen Ash began ranting about how 'my wife is confusing me'.  We could both see he was struggling so I picked up my coat and left with my heart in my mouth and guilt filling my mind.

As I drove away from the house I knew to push the guilt to one side.  This wasn't just for my benefit but for his too.  Having just me to rely on wasn't a good position for either of us to be in.

I had my day out and arrived home after they'd eaten the fish and chips, this time to discover that Ash, who hasn't taken any part in lighting the fire for at least six months, had shown L who is a complete novice, exactly how to do it.  Yet another perfect day apparently.

L and I had a quick debrief just before she left and Ash had been a little anxious but she'd answered each of his questions along the way and, each time, he'd settled back down again and was ok.

This morning I really thought I might be paying for those two days but all I got was an enquiry as to whether we were back to normal and the statement 'it was ok though and she's really nice'.  The best part was when I got back from shopping to discover Ash in the kitchen, his favourite programme blaring out from the radio just like the old days and a huge smile on his face as he told me all about his morning walk with Max.  I haven't seen him so happy and confident for a very long time.

Step three of the plan comes at the end of June so look out for the details then. 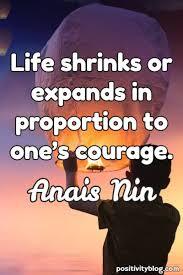